What is mindfullness exactly? A new age fancy term for paying attention? Maybe. But, what if it encapsulates everything about us as human beings. Who we are, what we feel, see and do and how we react.

We are sensory beings after all and instead of being completely present in the here and now, we let ourselves be consumed by the latest technologies, by unrealistic ideologies of “real” beauty or the latest diet, fad, craze or anything the media deems important. How can we give importance to our social feeds over intelligent conversations, mother nature or new experiences?

I recently returned from an amazing trip. A trip that was full of history, culture, delicious food, world class athletes and some of the most incredible architecture and archaeological sights in the world. I made a conscious effort to look with my eyes and breathe in and take in the scents and sounds.

Nowadays travel is all about taking the perfect selfie in front of famous landmarks and sights. So I gave myself a little challenge. Take 2 photos and one (shameless*) selfie, then put the camera away and just stop. And look. And feel. And breathe. And listen. And..

Walking through the colosseum and being taken back to a time where gladiators fought to the death for sport. Admiring Michelangelo’s statue of David and the sheer size and greatness behind the story of David. Standing in awe in the Sistine Chapel. Tasting all the sweet delights of Italian Gelato and getting lost down the alleyways and canals of Venice.

Seeing Usain Bolt run was a moment I’ll never forget. Not just because he is the fastest man in the world, (and always will be in my eyes.) but because of his fun and generous nature. He may have come 3rd but his sportsmanship to the winner was that of a true champion. His gratitude to his fans, generous as he thanked the crowd several times and did a lap of honour, taking his time waving, taking photos and chatting to the crowd by the fence.

And who could forget Mo? Not the English crowd that’s for sure! The atmosphere was completely electric as Mo claimed his victory in the 10 000m race. Sitting in the middle of the pack for half the race, he looked pretty comfortable. By kilometer 5 he motioned for the crowd to cheer and boy did that spur on the crowd. Just when you thought it couldn’t get louder, it did! For every lap thereon he had the crowd jumping out of their seats cheering and  waving english flags until the moment he crossed the line victorious. 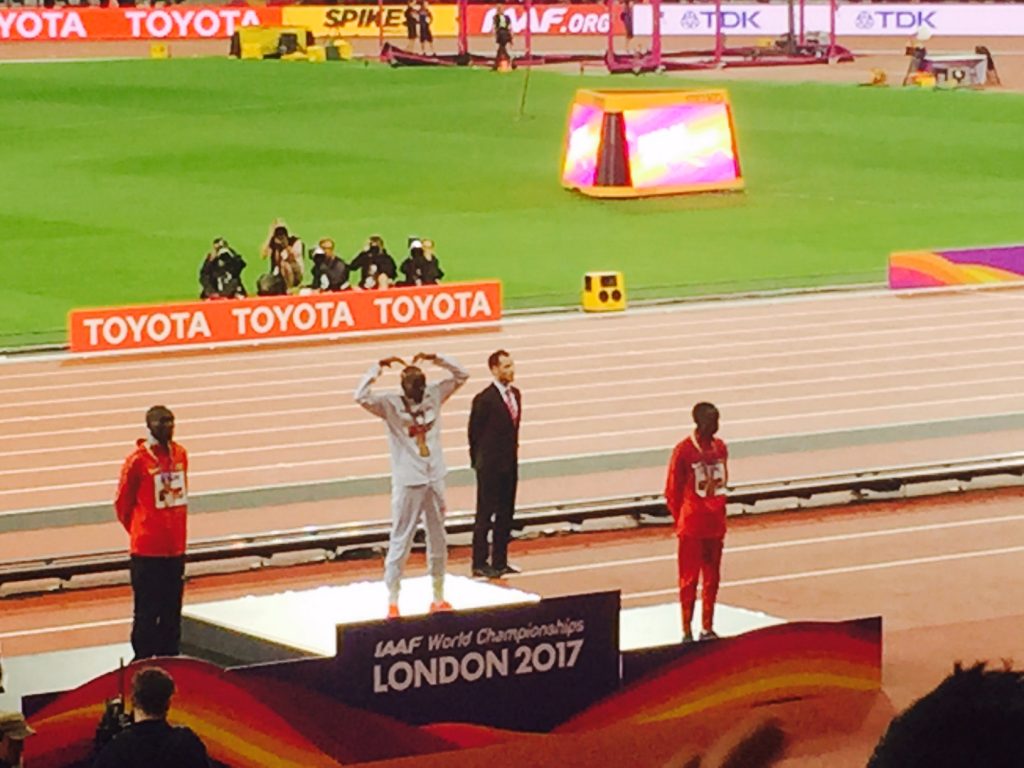 Something happens when we attune ourselves to the moment. It’s like everything you see really comes into focus. High definition focus. Background noises fade and only what matters is what is heard. The incredible stories and layers and layers of history make the moment even richer and just when you think you’ve taken it all in, a sense of pure happiness washes over you. Like that moment and memory will stay with you forever.

And for me, it has and it will.

Mindfullness. Being present. Live in the now.

Say it however you like. It doesn’t matter. Just start collecting amazing authentic memories. Store them in your head and heart because tomorrow isn’t here yet. All we have is now.