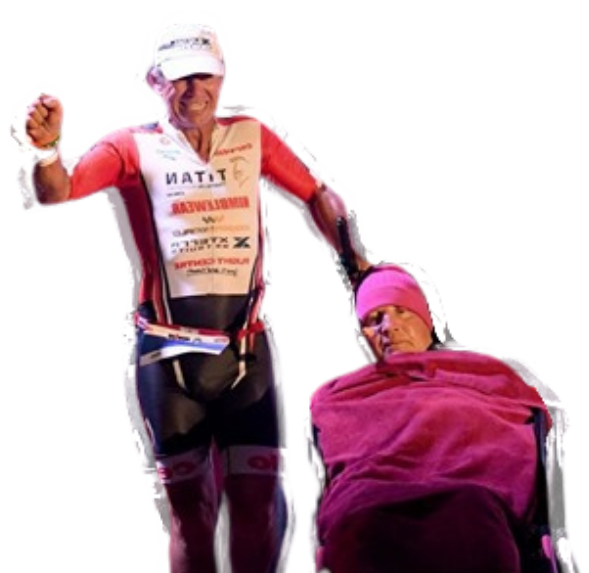 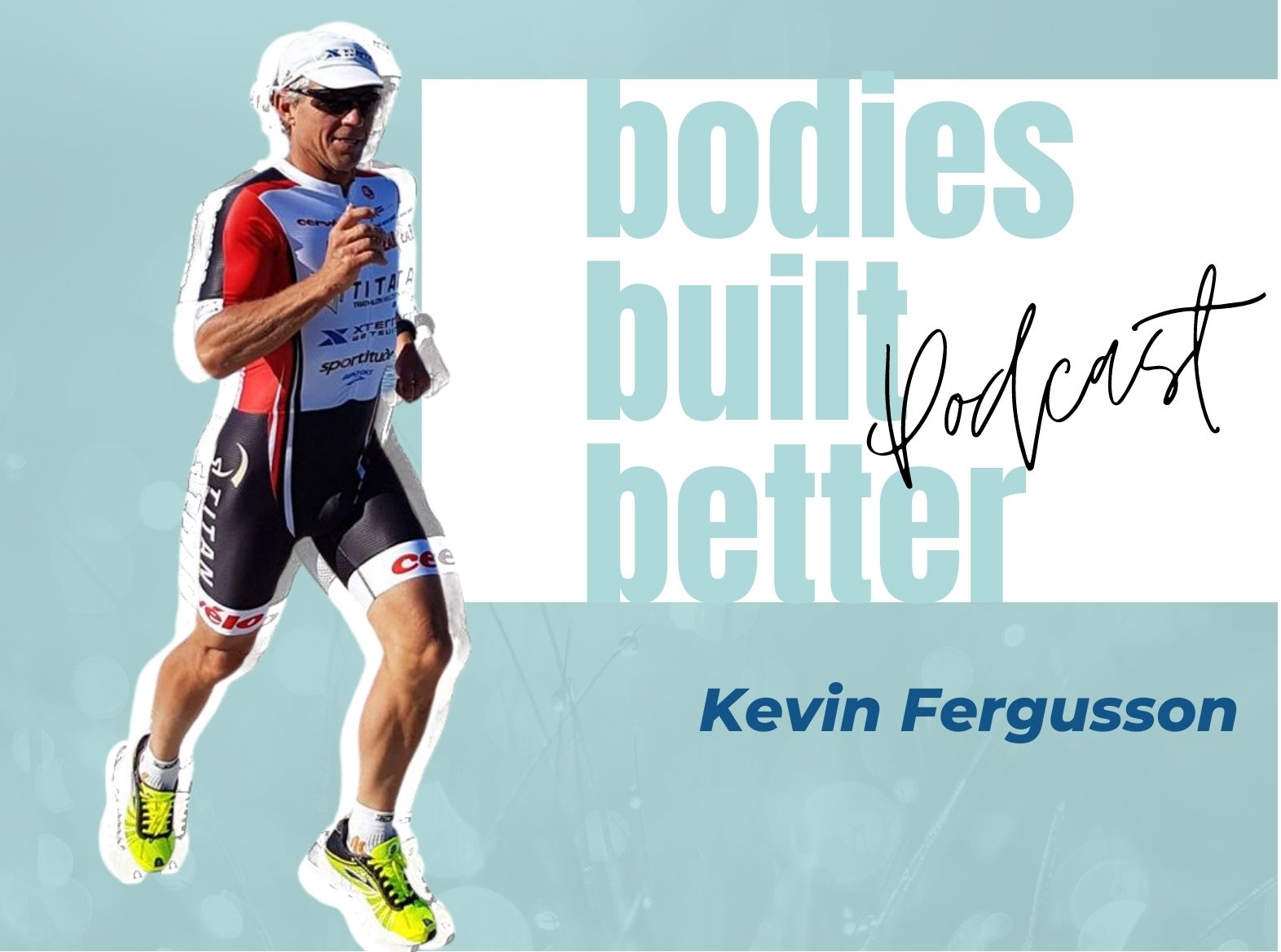 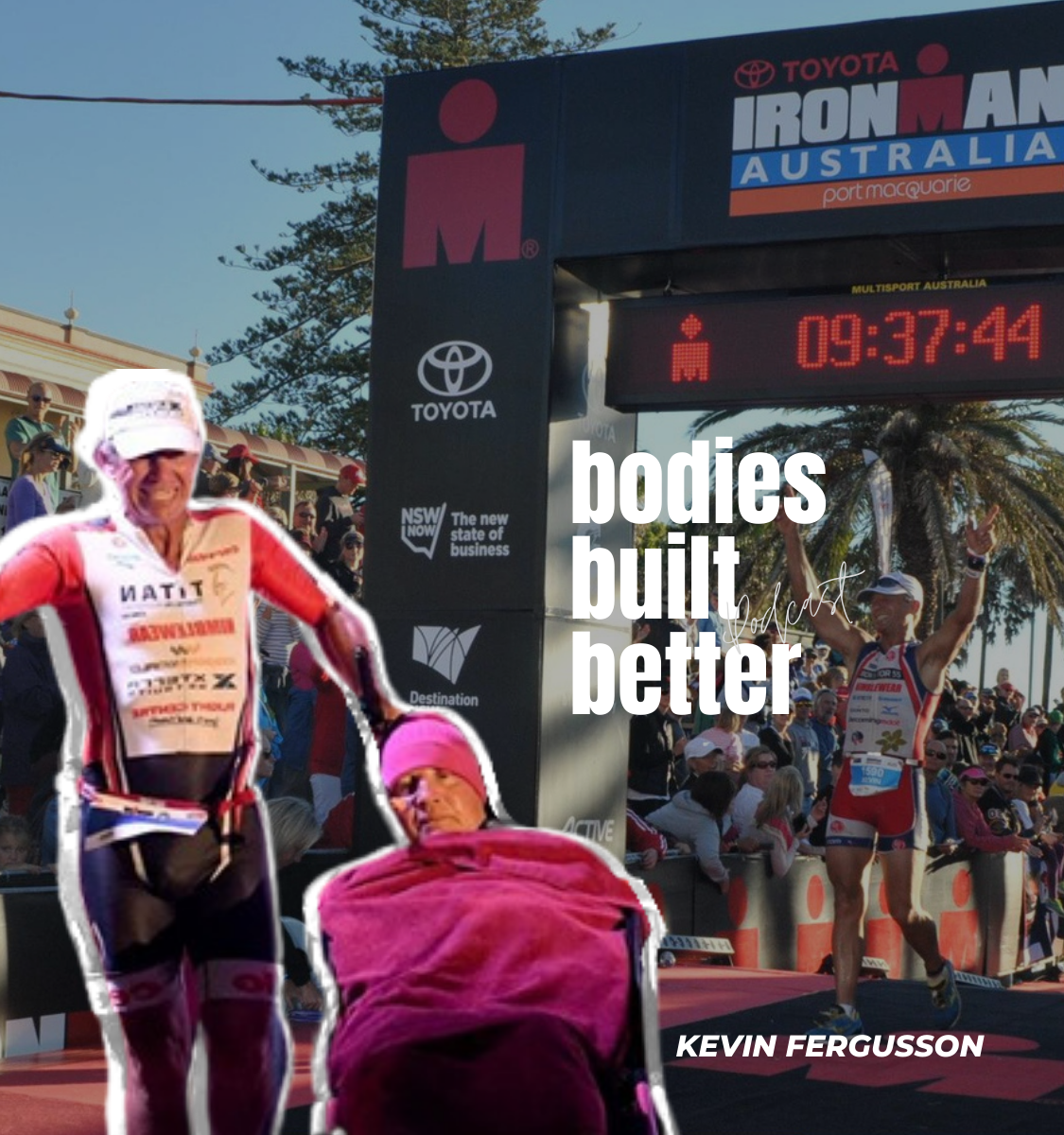 Kevin Fergusson is a legend of the Triathlon community. From competing in 5 Iron Mans in one year for his fundraiser, Iron 5 for 55, to racing alongside the pros in Kona.

Kevin has incredible stories and memories and one that will stay with him forever was helping friend Sid James become an IRONMAN. Sid’s dream to race IRONMAN was shattered 25 years ago when he was knocked from his bike during a training ride near his home at Victor Harbor, south of Adelaide, leaving him quadriplegic.

Kevin shares everything from what his training program and preparation to re-living those moments of crossing the line with Sid… which will no doubt have you reaching for the tissues.

Today on the episode, I chat with local Iron Man legend, an old time great guy, Kevin Ferguson. He’s been a triathlete of the year a four time age group World Champion, and was inducted as a legend of the sport via triathlon Australia in 2015. He has run shoulder to shoulder with the world pro champions. But if you ask him, he’ll tell you one of his greatest memories is helping his mate Sid James complete an IronMan. Kevin’s stories are incredible. And even if you’re not into triathlons, maybe you don’t have a running bone in your body. But I guarantee you, you will eat up every word of Kevin’s stories. He’s an incredible man and incredible athlete. And you will love this episode. So please enjoy this one with Kevin Ferguson. Kevin Ferguson, thank you so much for joining me today and chatting with me. And let’s give everyone a bit of a background on who you are. And why you’re such an Iron Man legend.

I suppose I’ve been around sports for 25 years doing triathlons. So when you’ve been around that for long, people get to know you started off and obviously short course, caught a ball. It wasn’t until about 2004 that I became Iron Man. And obviously I’m fairly popular in triathlon fields, then I guess I made my name more and I’m in you know, didn’t a short course, something that are suited for?

Jackie 02:42
How does someone go from no training, to deciding to run or participate in triathlons? And then the same year of that decision? qualifying the Kona?

Kevin 03:01
No, well, I suppose I did show cause for a long time, though. Yeah. Bigger than for doing a short course to start doing it in decision was, is whatever we’ll want to do you want to go to Kona is the holy grail of the sport. You see it on TV. Those are foods. It’s hard with it, but it attracts anybody to go there. So it took me quite a while before I decided to do an on in a guess that some of us in the sports might have picked up on then I had a fairly big base. So to go in for foster home, and I was very lucky to do my first time in life. And that same year, I did my first fibroids three to four.

Jackie 03:46
So what was the timeline in terms of deciding? Yep, I’m now going to be training for front Iron Men. And how long was it before the foster?

Kevin 03:58
Yeah, I made the decision. years. After one title, maybe distance will be the title, will it’s time to move on to something different, more of a challenge. So I started about eight months out of the training foster to get ready. I mean, I did too much training as an Olympic distance race or any I definitely did more than what you need to do. But I enjoyed the training side of it. So especially cycling runs for me to do 140 Ks ride the money training for 40 k liquid distance rides. I had a good background basin of riding even as a kid so that’s always been my strongest.

Kevin 05:10
Yeah, that was certainly a new challenge again. Because it came about my mum had cancer in February back in 2006. So she went through a lot of pain and suffering for that. With the cancer skin cancer. She thought she just had a coaster on her lip. It didn’t go away for a while, and unfortunately yet to go into a very aggressive cancer……

Find out more by listening to the rest on the podcast!

Kevin shares everything from what his training program and preparation to re-living those moments of crossing the line with Sid… which will no doubt have you reaching for the tissues.

Check out the incredible footage of Kevin and Sid completing Busselton iron man 2018: 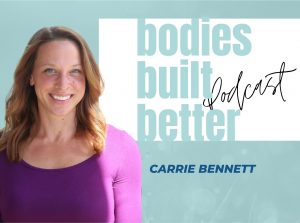