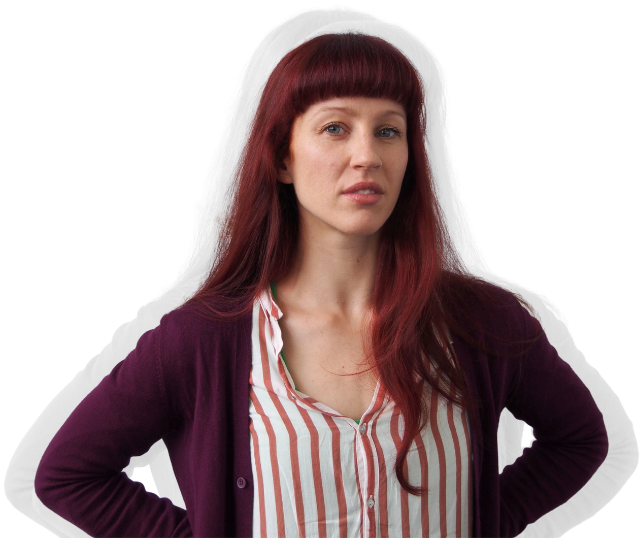 GABRIELLE NANKIVELL – Searching for your identity in a global pandemic 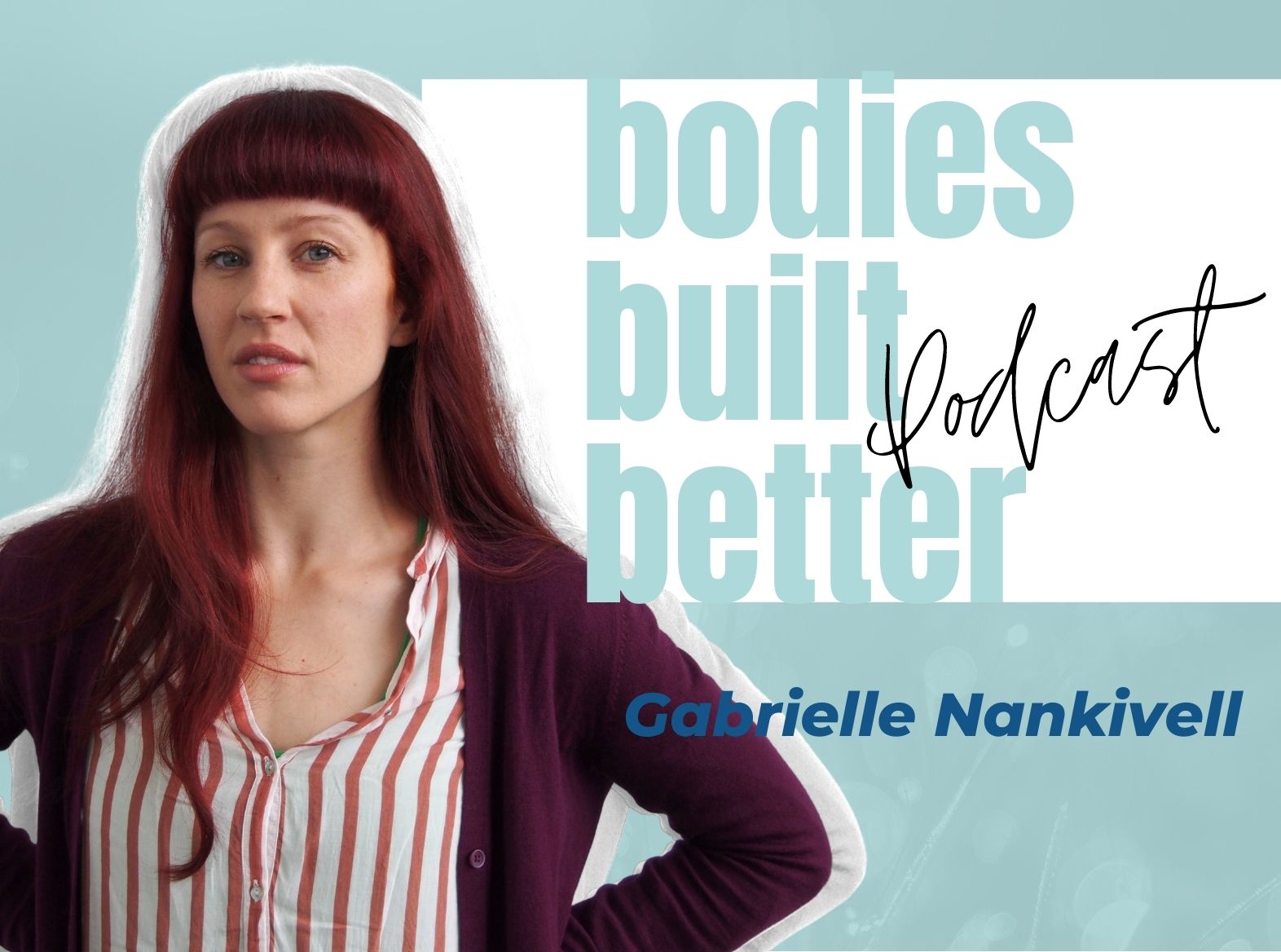 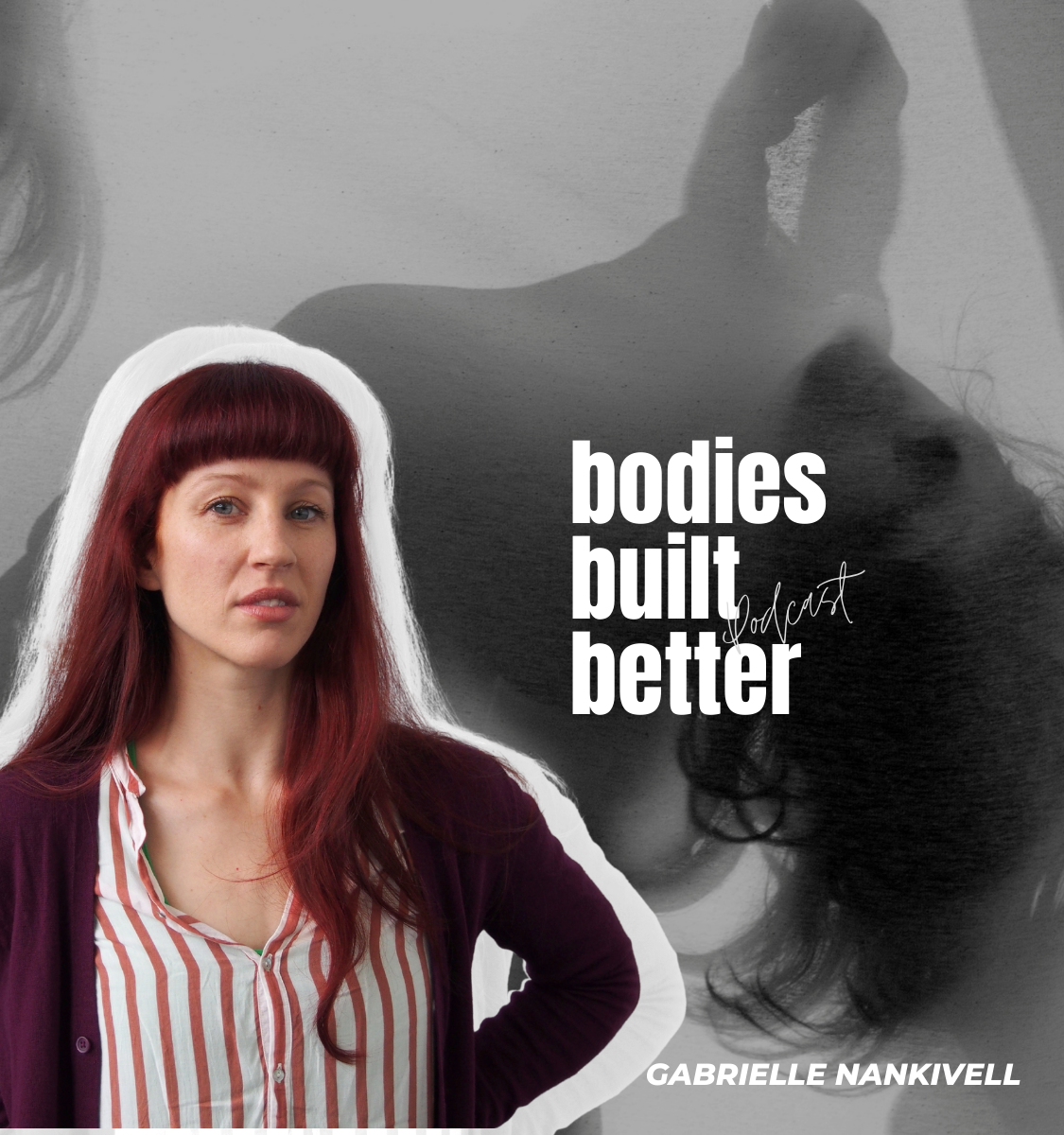 GABRIELLE NANKIVELL – Searching for your identity in a global pandemic

Gabrielle Nankivell is a dancer, choreographer and director and has performed and presented all over the world. Her career spans more than 20 years, and has been built around her athleticism, artistic expression, a routine that consists of constant change and a willingness to keep curiosity at the helm of her experiences.

But the biggest challenges have come in 2020, which has seen the Arts industry be put on hold and an injury that has forced her to slow down. Something she says, she’s not accustomed to.

In this incredible interview, Gabrielle shares what it takes to perform at a professional level from training, to recovery, to managing her mental and emotional wellbeing, to exploring the hardships of what it means to be a performer pre global pandemic and how the pandemic has impacted the Arts industry, in what she hopes, is for the better.

An episode not to miss.

Jackie 00:44
Today on the show, I chatted with dancer, choreographer and director Gabrielle Nankivell. Her work has been widely presented across Australia and all over Europe and Asia. One of our commissioned pieces back in 2018, was a piece called surge to dance in Australia. And it was performed at the Gold Coast 2018 Commonwealth Games and was described as thrilling in the way it combines the energy of sport and the beauty of dance. She’s been nominated for several awards, including the Helpmann Award for Best Choreography in ballet dance, or physical theater production. And the Adelaide Critics Circle individual award for a split second of heroes. In 2020, she’s developing a piece of code for future history, a solo born from her 2019 Arts, South Australia fellowship, research and sightings, a site specific performance making model in collaboration with Vital Statistics. And if you thought that would be easy, she’s doing that whilst recovering from injury, her first major injury and surgery in her 20 plus year dancing career. She’s incredibly wise and down to earth. And as she’s navigating 2020, she was kind enough to chat with me today, a raw and real interview of what it’s like to be a performer today, enjoy this episode with Gabrielle Nankivell. Gabrielle, thank you so much for chatting with me today. I’m super excited to chat. Because growing up, I did a little bit of dance. And obviously now I work with a lot of performers. And I know how hard you guys work. And I have so much respect for you in the industry. But before we get into that, can you give us a bit of background on you and when and where it all started?

Gabrielle 02:48
Sure. Yeah. Hi. This is actually really nice. This is nice to do, because I know you in a really different context, because, you know, you’ve given me some amazing messages. So it’s nice to have a chat. That’s nice. Um, yeah, I work in dance. And that’s a fairly diverse sort of field. I have worked in lots of different kinds of dance, but primarily I work in contemporary dance. So I trained, I trained as a ballet dancer, and my first job was a ballet job. But generally since then, most things I’ve done would fall under the category of contemporary dance. As the choreographer and a director, I work in contemporary dance, but also in theater, and sometimes in film. And I guess I do a lot of collaborative projects that involve lots of different kinds of artists. So I guess from some, from some side, more, the area that I work in is like conceptualizing ideas and then working with a bunch of people to realize it. So sometimes, yeah, how to categorize what the actual outcome is, is a little more tricky. Yeah, but I had very conventional training. So, I trained in classical ballet, and I went to a full time ballet school. And I then went to University where I did a dance course. But this was also in the 90s. And dance courses have evolved a lot since then…[listen to more on the podcast]

Jackie 06:16
The must have been a huge eye opener. What challenges came with that?

Gabrielle 06:24
Well, it’s kind of interesting, because I think I think one of the things that retrospectively was really beautiful about going to a place that I didn’t have a very good idea of, and didn’t have much information on. And sort of fumbling around in the dark, trying to figure it out meant that actually, like there’s a certain kind of naivety that comes with that. And also, yeah, like a sort of openness and a curiosity. And your awareness is just kind of different in having that experience. And I feel like that, for me is something that’s been really instrumental in the attitude I have towards my work, sort of, since then it kind of like built something into me, that’s about how I work creatively. And I feel like now, the world has changed so much in the last 20 years, that that’s something that I kind of feel like that certain particular kind of naivety, that comes with the world not being as, as open and accessible as it is now that people miss out on like, it’s like, you know, with all the social media and everything we have you, even if you’re going on a holiday, like you can research it, and you can see 1000 pictures, and there’s like, you know, a gazillion posts on Instagram of like the view from this place, or whatever. So you already have a real clear, somewhat clear kind of aesthetic idea maybe of where you’re going. Or if you’re a dancer in Australia, and you, you know, you’ve looked at 10 billion videos of European dance companies and artists and you sort of, you know, what you like, you know, what you want to maybe go and try? And do you want to know, where, and in some ways that’s really great, because it’s, you know, it’s economical, you can plan you can like, be more strategic. But there’s something about the like, the super unknown that I feel that we’ve lost over time. That’s something that when I was first doing that, I feel like it was really yeah, like, left a really big impression on how I am, yeah, and more purity to that, as it’s different. I mean, I don’t I don’t know that either one is better, I just kind of retrospectively really appreciate the sort of the experience I had of the unknown. And that’s an experience that I feel is very different for people these days. Do you think as students now, as performers can take that a little bit for granted? With the amount of access that they do have, I guess, to,

Jackie 08:57
I guess, the outside world of university or training?

Gabrielle 09:01
Yeah, I don’t know. It’s, it’s hard to say because it’s just so it’s, it sort of depends on the person, like some people really, you know, they really look and they discover, so it’s sort of like maybe, maybe, in that there’s a sense of discovery and finding out the unknown, but you do it from one place looking through a screen through like that sort of, you know, that’s the mode rather than going out and wandering around. Yeah. So some people will naturally seek and they will look, they will look for stuff that they find inspiring and they’ll spend lots of time kind of Yeah, investigating and then other people even though that’s at their disposal, they they won’t or they’ll see one thing they like and they’ll set their mind on that and, you know, and go for that, but I guess yeah, I don’t know. It’s also I think sometimes the way you know what we put into what goes on to the internet goes out into the world via social media is such a, it’s such a curated thing. Also, you know, people really, if they show what they want to show, and they don’t show all the other kinds of things. So also sometimes I think this leads perhaps to like, a, a particular kind of reality for someone who’s looking for something, they see something, and they understand it as this because that’s all they’re shown, but maybe it’s actually different. And that’s the thing you still can’t do without actually going and being, you know, in that, but, yeah, so I don’t really know, to go back to question I don’t know, we’ll take, you know, like, a beat sort of. Yeah, it’s Yeah, that’s, that’s a really, that’s a really hard one, because I think it’s up to the individual as to how, how much they take advantage of that or don’t.

Jackie 10:53
Is there an experience of, of that time for you. That’s kind of a memorable one for you to go off. If it weren’t for that I wouldn’t have, you know, done this or think this way or, you know, evolved in this way?

Gabrielle 11:21
This, I think, I feel like there’s probably a few like, um, you know, if I hadn’t, I kind of flew, when I booked my ticket for the first time, you know, I flew on a plane from Australia, to Frankfurt. And the reason that I flew to Frankfurt was because that was one of the cheapest places to fly to. It’s also like, I knew a company there called the Frankfurt ballet, which was directed by William Forsyth. And this was something that was part of my, you know, education. I sort of vaguely knew about this. So I knew that there was dance in Germany, and that there was dance in Frankfurt. So it seemed a logical kind of entry point to go to, but in the end, you know, like, I didn’t actually, I didn’t go anywhere near that company, because I was also like, oh, but they’re so big…

Listen to the complete interview on the Podcast!

Where to find Gabrielle:

A Thing Of Hair and Skin