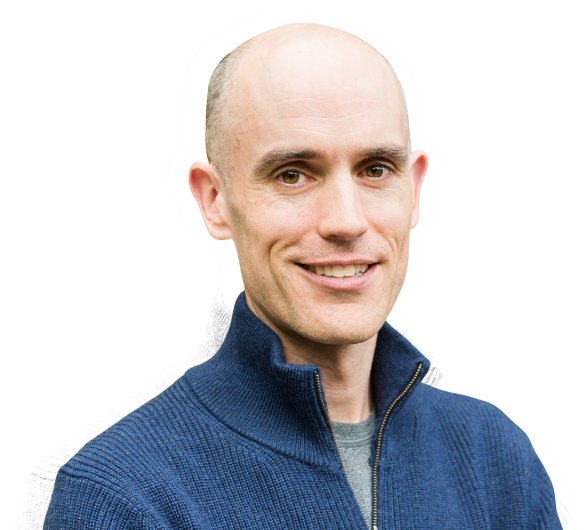 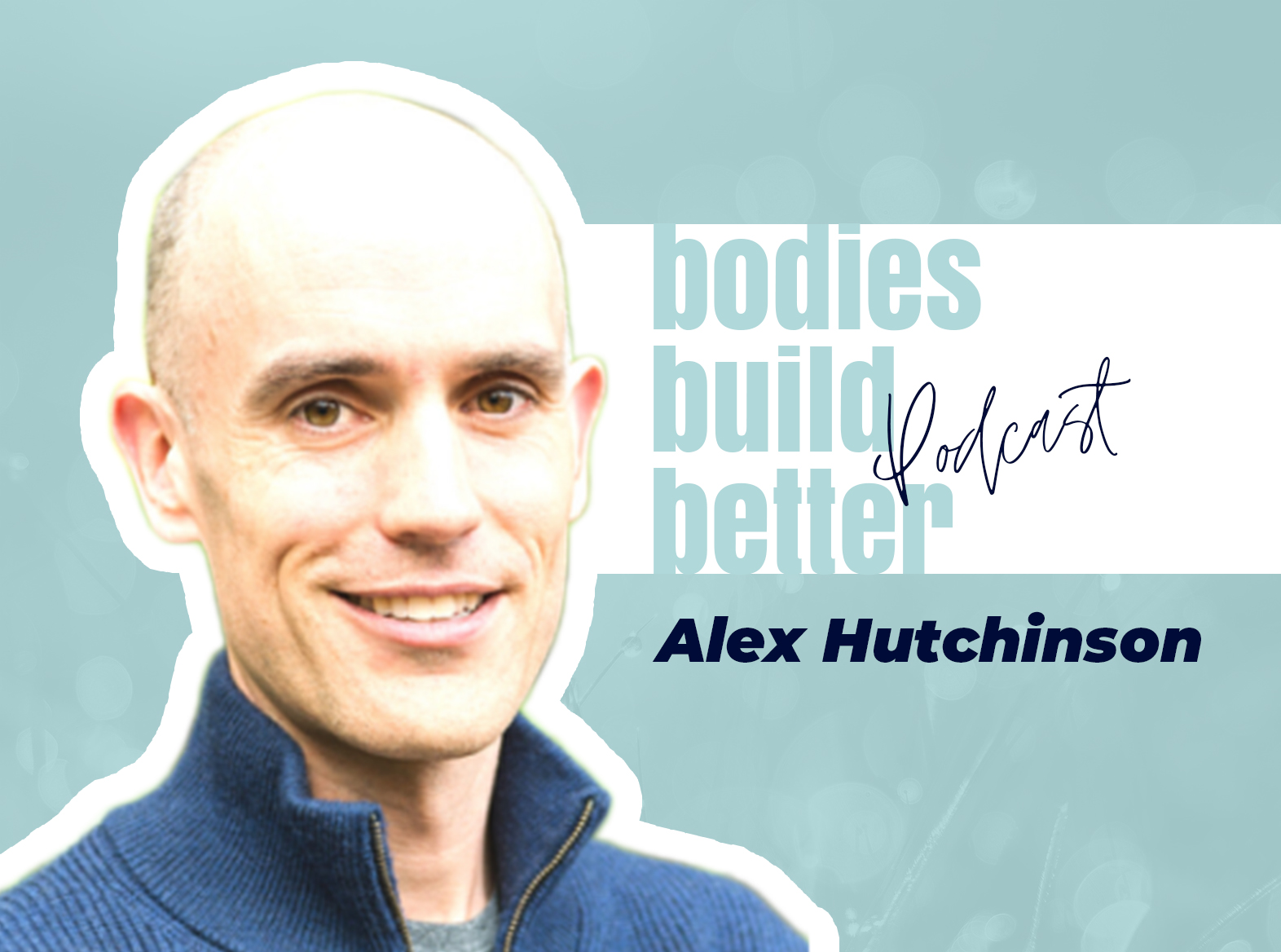 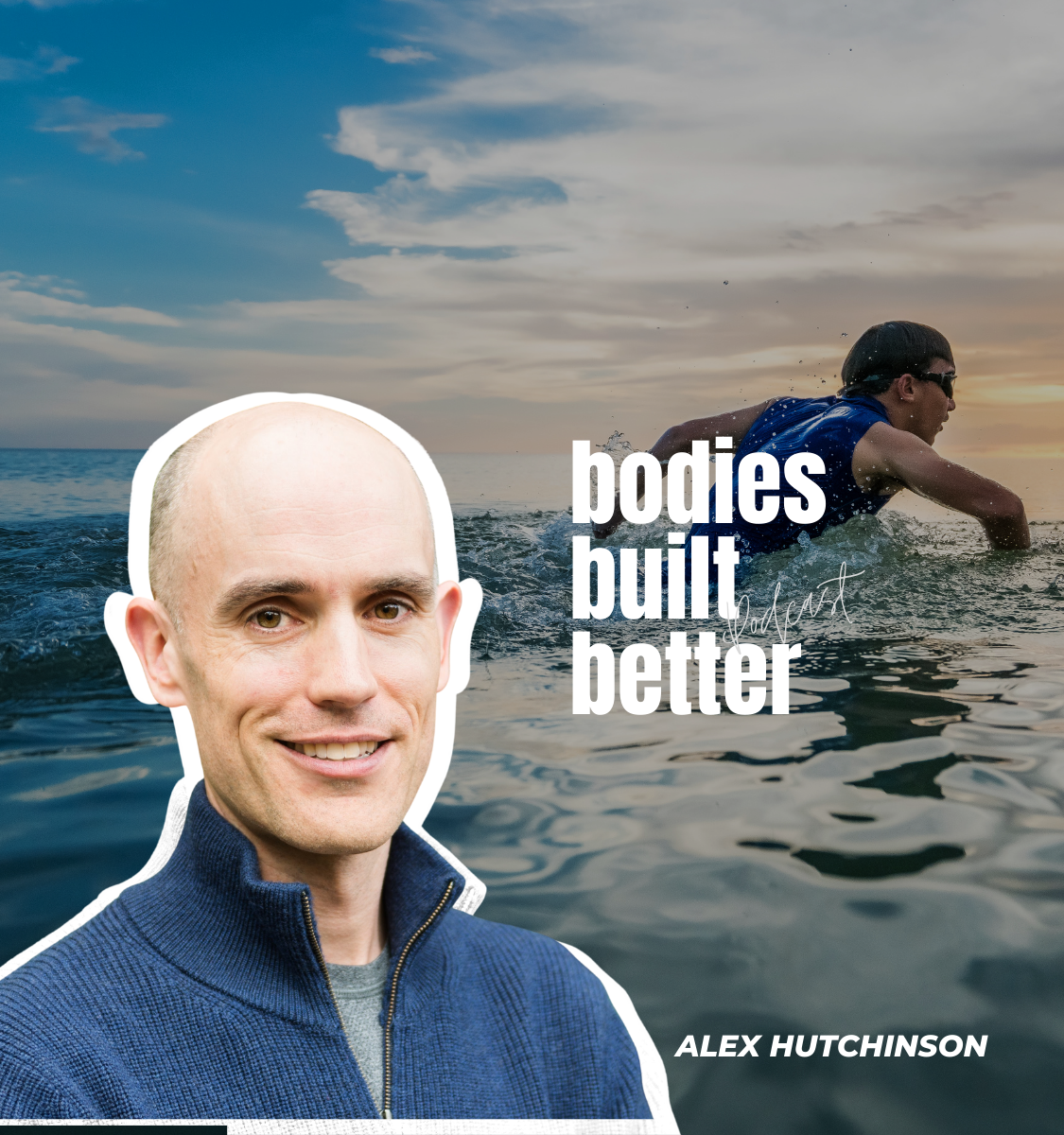 “The essence of pushing to your limits in endurance sports is learning to override that instinct so that you can hold your finger a little closer to the flame – and keep it there, not for seconds but for minutes, even hours.”

Alex Hutchinson, author of Endure, talks to us about the limits of human endurance, what tests us physiologically and psychologically and how to achieve our full potential by understanding our own perception of pain. A must listen for anyone who wants more from their body, mind and ability.

Jackie  00:11
Hey, hey, this is Jackie Tann, and welcome to the body’s built better podcast. On the show, we chat with experts, athletes, coaches and authors to educate and inspire you. We explore the body’s incredible ability to heal, adapt, and evolve so you could crush limitations, reconnect your body and mind and discover your extraordinary potential.

Jackie  00:48
Today on the show, I chat with author and journalist Alex Hutchinson, Alex wrote the book: Endure Mind, Body and the Curiously Elastic Limits of Human Performance. This book has completely changed the way I think about training and what I’ve been thinking during training. He asked the question, what defines a person’s limits, fascinated by the extremes of human endurance testing, both physical and psychological limits?… [Listen to more on the Podcast]

Alex  02:22
Sure, well, first of all, thanks for having me on. And congratulations on saying that the title of the book without stumbling over it, that it curiously elastic limits human performance even if I stumble over it, and we’re trying to be made. You know, you executed it perfectly. So, congrats on that. And thank you for that. Yeah, so in terms of who I am. And, you know, while you’re talking to me, I guess I would describe my current position in the world as a I mean, I’m a journalist, but more specifically than that I’m a science journalist, and even more specifically than that I’m a Endurance Sports Science journalist, but just kind of a title that I made up for myself. And so my niche in the world is that I, I, I write for, for outside magazines, mostly these days, I’m a freelancer, but I do most of my writing for outside magazines. And I watched the scientific literature to do with a lot to do with endurance sports, I mean, more generally, also with health and and, you know, exercise and fitness and these sorts of areas, but but with a specific focus on endurance sports, and I try and understand what it is that scientists are learning about the way our bodies work and the way we can push our limits, and then try to translate that in a way because there’s this huge sort of firehose of scientific studies that are coming out all the time, but they’re not always accessible… [Listen to more on the Podcast!]

Alex  06:46
Yeah, so you’ll find people with strong opinions on this question. And I think anyone with a super strong opinion is, you know, in my humble opinion, wrong. It’s not all in your mind. But it’s not not in your mind. Your mind matters, too. And so, you know, this sort of Roger Bannister versus John Landy is one of the great debates of the ages. And one of the great sorts of questions is, what would John Landy have done if Roger Bannister didn’t exist? Because, you know, Bannister, I mean, Landy ran 3:57.9 or something like that, I think was 3:507.9 weeks after Bannister broke the four minute mile and he’d been running for like six times in a row. So on the surface, it’s like, he spent years running just over four minutes and then bam, as soon as Bannister does it, he does it. And he didn’t he did it again, too, you know, he wasn’t his only sub four minute mile. You can tell the story the other way too, though, because he’s all his four oh, twos. Were you know, low key meats in Australia and no disrespect to the level of competition in Australia in 1950. But it was he was running by himself and a lot of cases on windswept tracks, you know, and, you know, then he flew to Helsinki or justice to Finland rather, which was kind of the heart of the near the heart of European track and field at the time. The Finns in the early part of the 20th century were the dominant track country with Pavel Nermeen and a lot of other people so we finally got a chance to race against people close to his caliber. And sure enough, then he beat you so you can slice it a bunch of different ways. But to me, there’s no question that there was a mental barrier, and that once Bannister did it, other people set their sights because it wasn’t just Landy, you know, then a few You know, I think three or four other people did it within a year. And then pretty soon, it’s still not easy. And I say this is a guy who’s I was a 1500 meter runner a miler, basically, my best 1500 equates to a four flat point 02 for a mile. So, you know, that’s agonizing to me. And, and, you know, so I have to hugest respect for the four minute mile barrier. It’s, it’s, it’s enormous, but it’s no longer impossible. And I think part of that is thanks to knowing that someone else did it.

Jackie  09:04
Yeah. And I guess there’s being an athlete. Is it one of those things where you look at go Okay, well do the training, got the mindset now I got to compete against those of the same caliber.

Alex  09:23
For some people it is yeah, some people are gifted at doing it by themselves. You know, some, there’s a lot of different mindsets in the same way that some people need to be in a happy place to compete their best, some people need to be angry at something. Some people need the crowd. Some people find the crowd to be a real, you know, a barrier. They get too nervous so there’s everyone you know, optimal place is different. But in general, if we’re talking generalities, yeah, having someone to push you makes a huge, huge difference. And there’s amazing studies, or at least studies that I find I’d really fast anywhere, that they bring people into the lab and have them race their bicycle as fast as they can…[Listen to more on the Podcast]

Jackie  11:33
Yeah, absolutely incredible. will tell us about the studies that show how our performance is limited by our brains.

Alex  11:45
Yeah, well, that’s 300 pages of my book. Yeah, I mean, it’s, it’s, it’s yeah, exactly. It’s, it’s. I mean, there’s studies and there’s real world observations, too. So let me start with one of the sorts of smoking guns that led to this area of research. And just by way of background, what I would say is, you know, the 20th century was a huge leap productive time, in terms of understanding how the body works in the sense of the body as a machine, how do how do our lungs get oxygen to our muscles, how to our muscles, you know, use food, energy and all that. And so there was this vision, or this, this image of the body is just like a machine that we know, and if we know the components of the machine, we can figure out how fast or how far the machine can go. And it’s really since the late 90s, and early 2000s, that scientists have started more explicitly to try and incorporate the body and their understanding of the brain rather than their understanding of, of limits. And it’s, it’s an ongoing process. It’s still people. So lots of arguments. But one of the sort of observations in the late 90s and early 2000s, that was used to sort of argue, hey, this picture of the body as a machine is not sufficient, it doesn’t describe things is the fact that almost everybody sprints towards the finish of a race. So if you think of your body as just this machine for turning food energy into motion, the farther you go in the race, the more tired you are. And so if the fact that you’re slowed down is due to the fact that your body is limited, you should be slowing steadily throughout your race in the last part of the race, you should be as you know, as slow as you can go. And if you’re pushing to your limits, you should be going you should be basically making it to the finish line, hopefully, and then Keeling over, because you’re completely out of energy, you’re completely unable to get any more oxygen. But what we observe is the opposite, right? Like if you go to a local road race and stand near the finish line, you see everyone turn that final corner, see the finish line, and all of a sudden they’re high stepping as fast as they can go if they’re completely fresh. And my assumption was always that this is just a sign of inexperience, right. Like, these people didn’t pace themselves well. And if it was me, I didn’t pace myself. Well, when I get better, I will be able to run myself to the point that I’m pretty much out of energy. And I’m just sort of coasting across the finish line on fumes, because I’ve got all my energy… [Listen to more on the Podcast]

Where to find Alex: