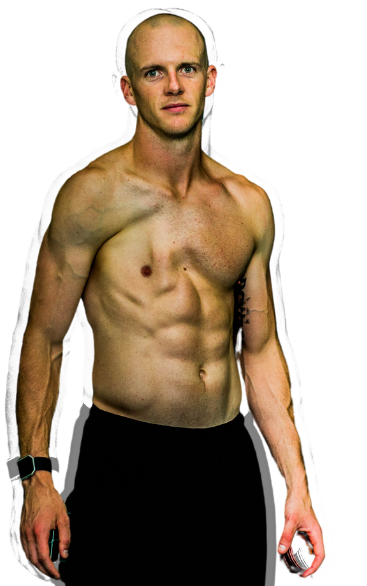 #57. LEWIS HATCHETT- Defying the Odds to Become an Elite Athlete 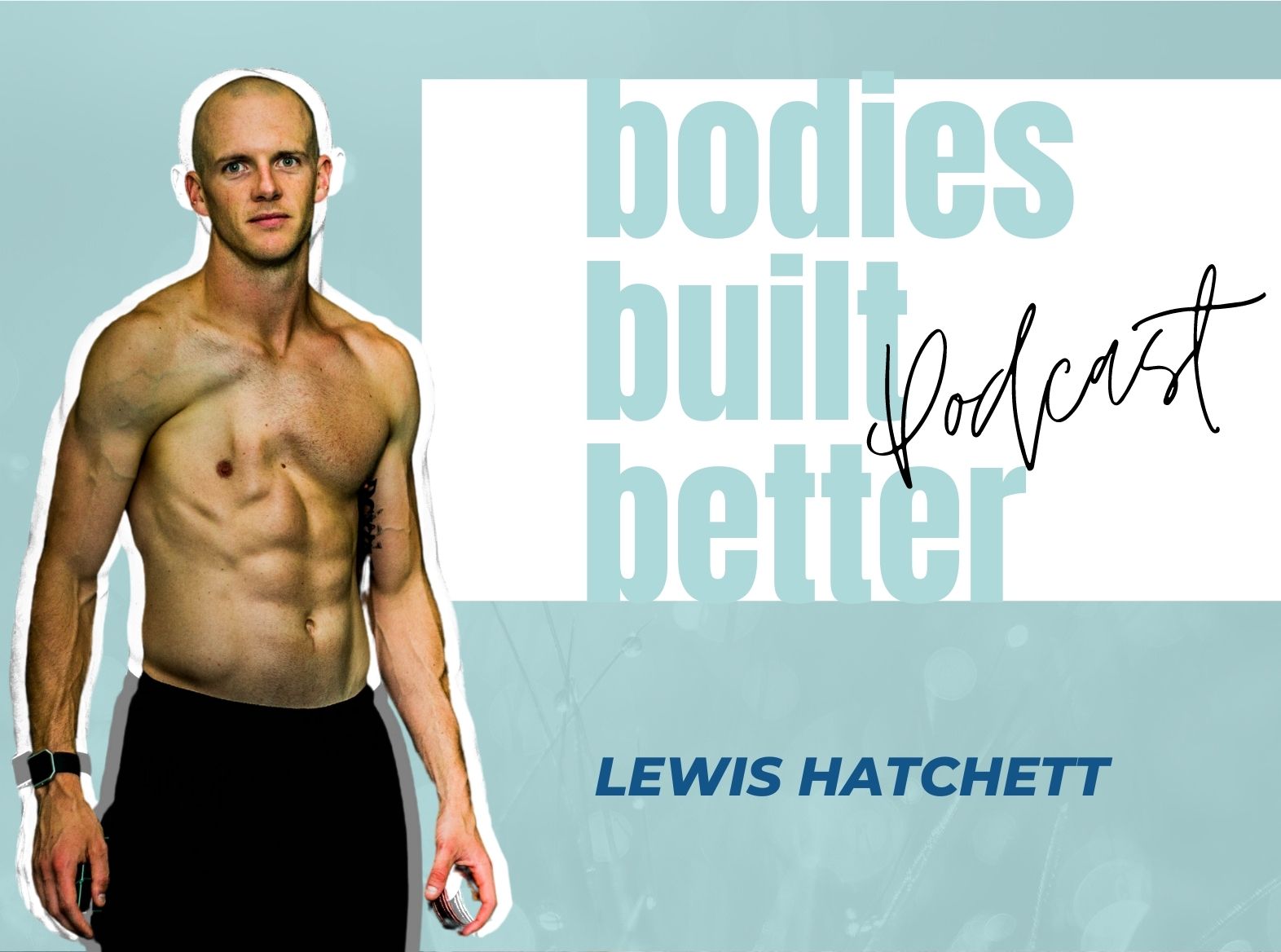 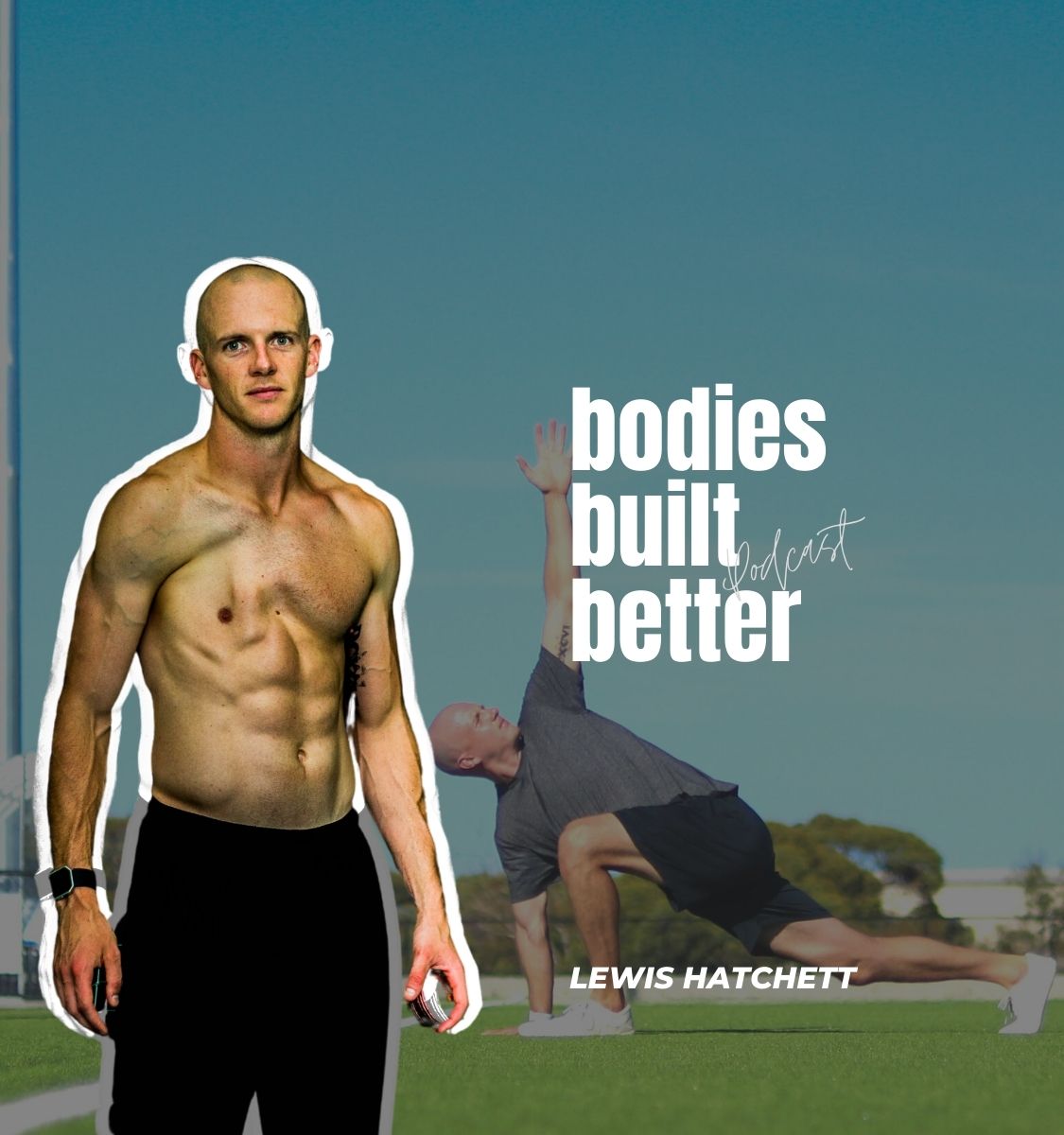 #57. LEWIS HATCHETT- Defying the Odds to Become an Elite Athlete

If you have ever wanted to achieve something but thought you couldn’t, it was too hard, or you weren’t skilled enough, then take a leaf out of Lewis’s book because he is the epitome of defying all the odds in achieving his dream of playing professional cricket. Born with Poland Syndrome, Lewis’s parents were told he would never play sport.

But hard work, determination, true grit, and a willingness to keep learning and practicing, Lewis not only played almost all kinds of sports growing up, but he went on to fulfil his ambition of becoming a professional cricketer. Lewis shares the physical and mental challenges, how he overcame self doubt, what he wish he started earlier in his career and how he wants to help other athletes achieve their goals.

Be inspired by Lewis’s incredible story.

Jackie 1:58
Lewis, thank you so much for chatting with me today. Welcome to the Bodies Built Better podcast.

Lewis Hatchett 2:04
No, thank you for having me. Excited to chat.

Jackie 2:08
I’m excited to chat. I heard your story a little while ago now. And it’s very inspiring. You’re an ex-professional cricketer. You’re a mindset coach. You have a podcast called Raising Your Game, which I’m a fan of.

Jackie 2:29
Very yogi, with an app called Sport Yogi. So already that all sounds incredible. Side note, you have Poland syndrome. And I know a lot of people won’t know what that is. I didn’t know what that was until I read about you. But for those people who know what it is, they’ll also know how incredible it is, then you made it to become a professional athlete. And not only that, a professional cricketer. And to put things into perspective, in 2018, you even said, “Batting was the most vulnerable thing I could ever do. If I got struck, it could kill me.” Which is an insane thing to think about for anyone playing any sport recreationally or professionally in general. So to start this off, could you tell us a bit about what Poland syndrome is? And then how it’s affected you? And then how it affected you growing up?

Lewis 3:43
So it is, like you said, not many people may have heard of it. And I was, I guess the incredible fortune that I had to begin with was that the doctor that delivered me at birth actually did know what it was. So it is incredibly rare. It’s about one in 100,000 people will have it so anywhere between one in 20,000 to 100,000. There’s no known number. And it manifests itself completely differently for each individual that has it. So it tends to affect the right side, and can affect the left. It can create deformities in the hands, my hands are actually fine. But for me, it means that I’m missing my right pectoral muscle and two ribs that are directly behind it. So when I said about batting being really vulnerable. The reason is because the only thing that’s protecting my upper right portion of my lung or my upper right chest is just skin. So there’s nothing really […] Now if anyone knows cricket, cricket balls are really hard. And when you play professionally, they travel obviously 90 miles an hour and not only do they just friggin hurt when you get hit, they can break bones. But for me, if it was to hit me in that area, it would just and it could be anything from sort of punctured lung, deflated lung, to that sort of catastrophic injury, but on the day of my birth, the doctor that literally delivered me took one look and went, “Oh, he’s got Poland syndrome.” And that was really fortunate because it wasn’t until like, 20 odd years later, I didn’t meet another doctor that knew what it was. And the day of again, day of, my birth, my mum, my dad were like, super interested, were trying to find out what it was how? Because it wouldn’t have come up on scans and things like that. “So what, what is it? How does it, what does it mean?” And the doctor actually said, on the day of my birth, he was like, “Well, it’d be fine. But he won’t be able to play many sports.” And dad sort of rattled through a list of sports because I was the firstborn son. And he was like, not rugby, cricket, won’t be able to play those because he won’t be able to like be won’t be able to be a bowler, he won’t be able to move his arms in the right way. And yet 20 years later became a professional bowler.

Lewis 5:57
Yeah, but the way it sort of manifests itself for me on a day to day basis. I think growing up, I didn’t really know. And everyone asks me, What does it feel like? And I’m like, What does your body feel like? And I don’t know any different. And growing up, I really didn’t know any different because you’re a young child, you’re not very strong. Essentially, I was just a little skinny, scrawny kid that loved it running around. Exercising, my brother is 14 months younger than me. So we’re very, very close in age, we’ve actually very similar builds, the condition is not–he doesn’t have it. It’s not like hereditary, it’s just completely random. There’s no cause to it, there’s no there’s no known cause. It’s just chance, like it’s a slight deformity that happens. But as we’re growing up, we’re both competing like two siblings normally would constantly trying to beat each other, everything might be football, golf. And then my grandfather introduced me to cricket in the garden. And like I said, I didn’t really know how my body felt. I didn’t know any difference. Because you’re at that young age, you’re just doing things, you’re just living in the moment, you’re just absorbing everything. And that’s what I did. Like I just took on everything. So when my granddad hands me a cricket ball or a tennis ball and gives my brother the bat, like we just start learning and playing in the garden, like any sibling would, I just didn’t consider that mum and dad [would] sort of watch and go, “He’s doing okay, like that. Let’s carry on.” So that just carried on becoming a thing. And I played every sport that I could possibly get my hands on. The only one I really didn’t play was rugby because that was what mum and dad drew the line at. They were, like, “That’s actual physical contact that we don’t know the consequences or outcomes that could come from that because someone is trying to hit you.” So I didn’t box. I didn’t do any boxing, which is annoying because I’m like a big fan of boxing and MMA and I love watching it. I just never was able to do it. I’m thinking of trying jujitsu soon. So that’s one that I’m working to get? Yeah, I really want to get into jiu jitsu, it lends itself lovely to the work that I’m doing and the realm that I’m in. So that is something I’m really excited to try and do. But growing up, it was a case of just rugby being the one that was not on the list. It was like that was fine. Stop basketball for a bit. But then I played a bit of basketball, it was absolutely fine. And ultimately it was built off the back of if I can build the skills to manage myself in the environment, then I should be okay. And ultimately, mum and dad would, like, let me go and do something. And then there’s not the sounds like you had a strategy, but then would assess it, and be like, he’s doing okay, carry on. And they never really held me back and created a bubble to protect me because I think, and I always do say, my younger brother Brad was a fortunate thing to happen because I had a yardstick that I could gauge at home. Like we would wrestle at home, we would fight, we would play games, we’re best mates. So it was something that they could see or he can be around everyone else. That’s “normal,” in inverted commas. So yeah, just growing up was a not as normal experience as you could possibly have as a child had a great childhood. And there were probably no issues that started to arise until I started to get into my teens.

Jackie 9:26
Well, that segues perfectly. What, when was the first memory of realising that you were different or it did start to affect you in ways that you hadn’t prepared for?

Jackie 16:05
Everyone quivers with fear with the thought of calling anyone these days.

Lewis 16:10
Yeah, like a cold call. But this was a cold call to like the coach of a team that I was trying to get autographs of the players the night before.

Where to find Lewis: 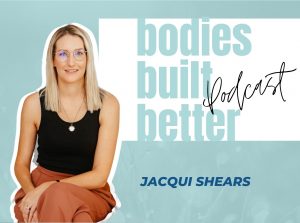