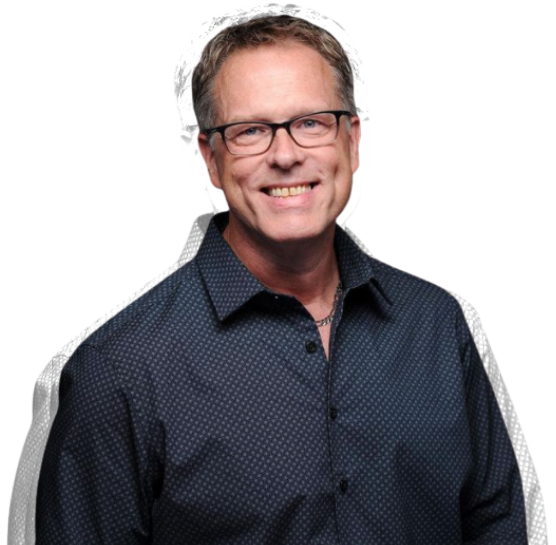 #50. DR PERRY NICKELSTON- How the Pain and Inflammation in Your Body is Coming From Your Organs 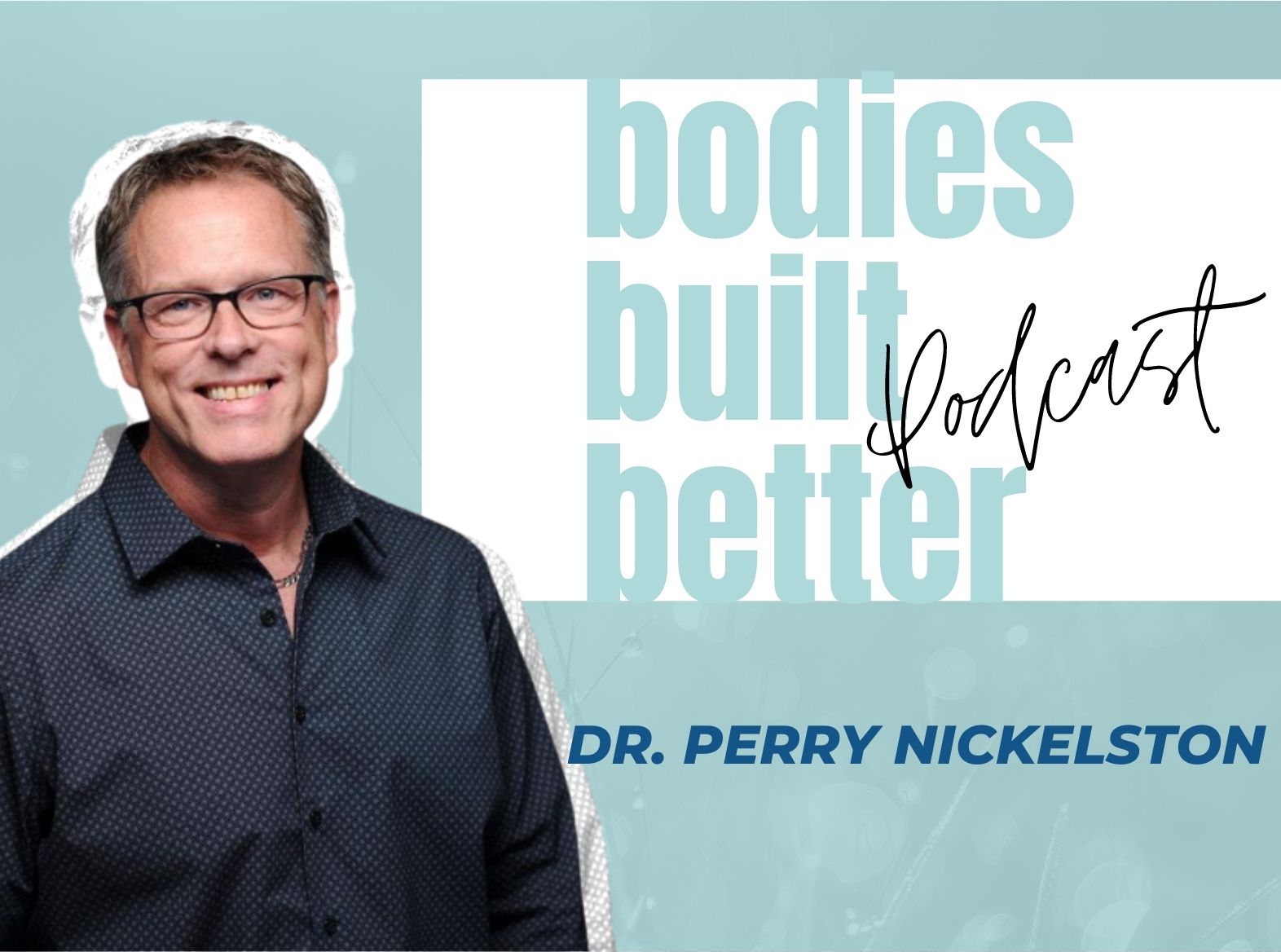 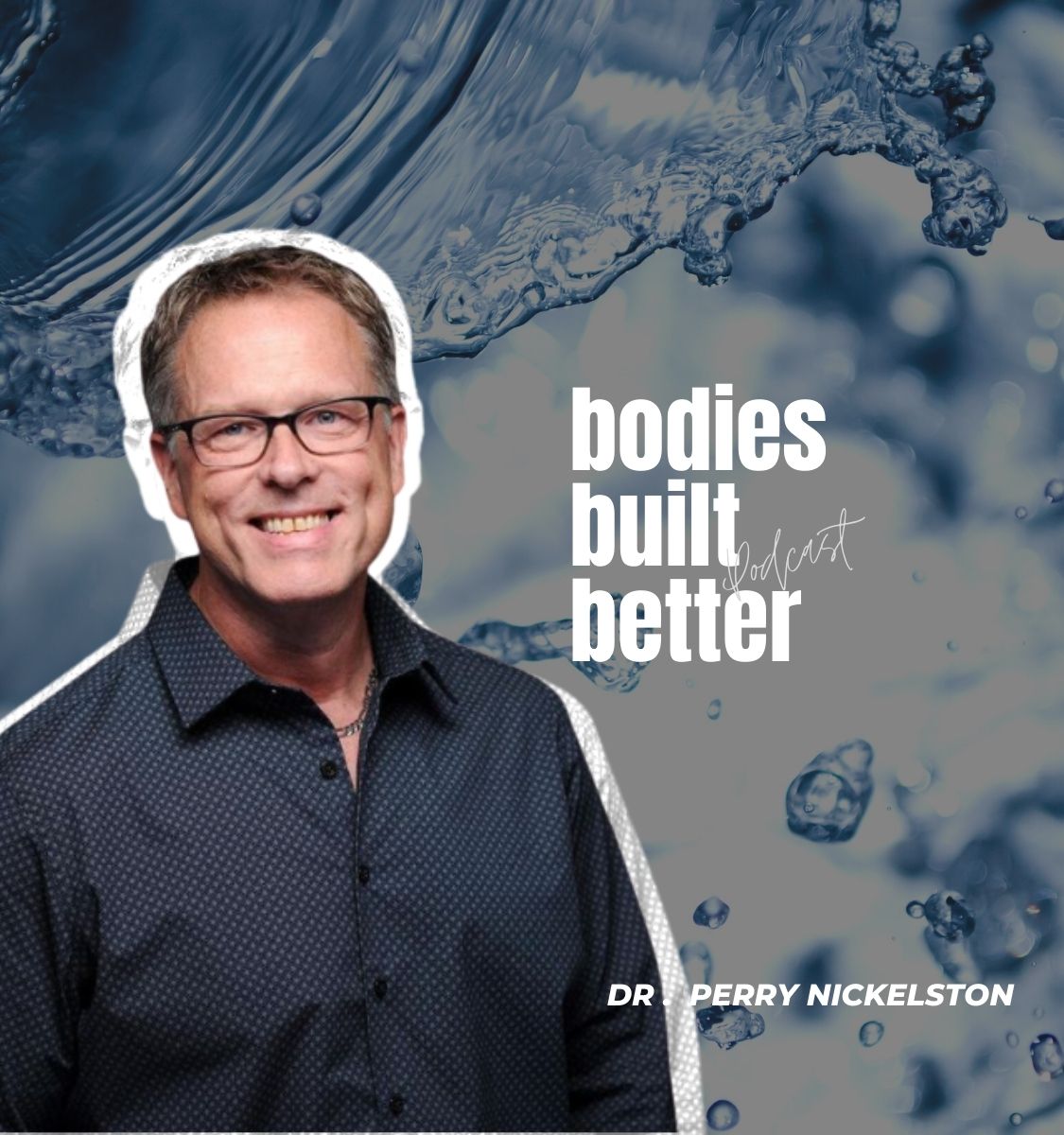 #50. DR PERRY NICKELSTON- How the Pain and Inflammation in Your Body is Coming From Your Organs

You need to look after your organs. Sounds basic right? Well, if you have pain or inflammation in your body, then it’s quite possible, you need ot take better care of them!

In this episode you’ll discover common signs and symptoms of organ dysfunction and and what you can do to improve your health, wellbeing and performance, just by taking better care of your organs! Not convinced? Did you know, your Liver does over 500 different things. That’s kinda a lot…

Discover why restriction in Liver motricity (passive motion of an organ during movement) impacts the hips, shoulders, and lower back.

As Dr Perry says, no system in the body ever works alone. Never gets injured all alone. Never heals alone. Overlooking organ motion in chronic musculoskeletal pain is a mistake and after this episode you’ll know why and what small steps you can take to move forward and care for your organ health.

The Interaction Between Our Body Systems

Jackie 3:36
Dr. Perry, thank you so much for joining me again on the Bodies Built Better podcast. Welcome back!

Jackie 4:06
So good. Well, last time we spoke about the lymphatic system, and we’re going to get into it today but we’re also going to talk about our organs which I feel like is super important that we don’t really talk about so excited to get back into that. But to start with, Doc, in 10 words or less, can you explain the lymphatic system?

Dr. Nickelston 4:30
Oh my goodness, that’s a good challenge because I usually spend 16 hours trying to […] Well, how about this? I mean, it’s an intriguing one. I tell people it’s the number one system you’re not taking care of to feel better. And then that usually says, “Well, what is it?” What does it do, right?

Actually I just tell people it’s the most important part, honestly, of your immune and cardiovascular system. That’s it. And it feeds into stuff we talked (about) last time, and I teach all the time, is that all the body systems that we have, they never work in isolation, they always work together. They’re always trying to help each other. And when one doesn’t work so well, another one really tries to help out as best it can.

How Problems In Your Immune System Affect Your Health

Jackie 5:31
Exactly. And so I guess then going on from what you’ve just said, in terms of our immune system, if it’s not working, then what can happen? What do we see? What are our symptoms?

Dr. Nickelston 5:45
Yeah, here’s the interesting thing about the immune system: it can work too much or not enough. But that’s duality. That’s everything in life. That’s, yes, no, right, or wrong down. There’s always a flip side to something. So some people have an autoimmune issue where the immune system is overactive. And other ones, they have an underactive one where they’re more vulnerable to a lot of different things, toxins, pathogens, whatever, right?

And it’s interesting, because it’s almost like stress–everybody says the word stress and automatically, it’s a bad word. No, I mean, you need stress, because without it, you’d actually die faster. That’s the only way you become stronger, and more resilient is through hardship. But that’s what your immune system does, too. I mean, everybody blames the immune system […] first of all, it’s always doing the best it can with what it’s got in the moment it’s in to help you survive a little bit longer. Doesn’t mean it’s always fun, the choices that it makes, but it becomes more resilient too, the more it gets exposed to hardships, or pathogens, and that it can take a little bit more as you go.

You have a thought, the thought goes into the brain, then your brain runs away with the thought. And then all of a sudden, the immune system responds to what you thought of the thought.

Relation Of Emotion And Physical Health

Jackie 7:32
Nothing’s happened. You’ve just been thinking about something happening?

It’s not reality, [but] the reality you paint in your own brain. And so you can choose to paint a different reality, it’s not easy, and doesn’t mean that what you’re looking at isn’t real. Right? It’s just like, dipping down into The Matrix time, red pill, blue pill.

But there’s gonna come a point where when you’ve been sick long enough, I heard Mel Robbins say this recently that somebody caught her having a coffee or something, and it was a waiter, and she put up their conversation, having them on the fly, and she said something that really hit me. There came a point when I realised I had to rescue myself.

That ultimately it’s going to come down to you, and fighting for yourself or looking at things that you might not normally look at. Because, you know, it seems crazy or illogical. And first of all, the human body is not logical, at least in the way that we look at it. ‘Cause cosmic logic and quantum logic don’t line up with what we think is logical. And that’s where you can go down some crazy pathways, but I love that point you had to rescue yourself because no one should care more about your health than you do.

Jackie 9:18
Exactly. And it’s, it’s way too often that we leave it in someone else’s hands.

Dr. Nickelston 9:24
It’s frightening now, I’ll tell you that. You’ll become disempowered or empowered by somebody who is a co creator of your life, which is an authority figure. Yeah, that’s why you have to be very, very careful how you interact with a client or a patient if you’re a practitioner, because what you say has a massive impact on their progress.

And then you’ve got to go in also when you’re a practitioner and start coming from when you’re a patient, and start to be a little bit more aware of the words and phrases that people just throw around and how it begins to impact you. That’s really, really super powerful.

That’s why I’ve really started to look at the power of language and words and labels. And when I said thought–thought about the thought, like they’re there. Now, you know, more than ever, there’s trigger words for people, and I’m any different thing. And in relation to your health, there’s a tonne of them.

Jackie 10:28
Absolutely. And you’re right, it’s something that I’m concentrating on a lot as well, in terms of my language when I’m talking to clients. And it’s one that I get stumped with, because, you know, they’re like, oh, does it feel bad and, like, bad, but what is bad? And trying to get it around and, and explain things in a way that gets them out of that sort of negative thinking and more of a broader, I guess, healthy census, is hard to do at times.

Dr. Nickelston 11:02
It really is hard to do. That’s why people don’t do it. First of all, it’s the awareness that you should do it. And then it’s a lot of practice, because you’re gonna find yourself defaulting back to words or phrases or things that you always do that you don’t notice. That’s because it’s burrowed into your subconscious brain and is neuroplastic, and then you have to stay on top of it.

And my first initial instinct, when something happens, there’s that space in between the stimulus and the response. And it’s there, but it’s really small. And then when you start to play around with it, and notice it, it begins to expand, right? And then, with practice, it took me […] about six months. I mean, I had to really go at it. And I was very frustrated.

But I’ve decided to make it a ritual for me and I started small, I put it in a context. So instead of trying to do that all over the place, all during the day, it was overwhelming. I said to myself this, I teach what’s called TLAS, tiny little action steps, right? Little and often over the long haul.

So my thing is, now I tell people, I want you to TLAS yourself. And they’re like, “Excuse me, pardon?” That’s it. Allow me to expand on that. Yeah, it’s a good thing, honestly. And I said, whenever I put it in context, and I got this idea from James Clear, who wrote one of my favourite books, Atomic Habits. And he said, tie something, the habit that you have now to a new habit that you want to establish, because you’re already there.

So I said, anytime that I’m on social media is when I’m going to really start to practice this, because that’s an environment that you can get pulled in and triggered very quickly when you see a comment or a post that even if it just disagrees with yours, sometimes we don’t even let that in anymore. We’re so reflexively defensive.

I said, “Notice how it makes you feel, don’t have a harsh reply-reaction,” right? And even if you do, write it down, but don’t send anything, and just take a moment. And that was so profound for me, because what I noticed when I started to be more aware of that is that when I would read a comment, I noticed how my physiology would begin to change. My immune system actually began to change. I noticed my heart rate went up, I noticed that I would start to get almost allergic type reactions where my eyes would get a little wet or teary or burning. And I just started to feel like I didn’t want to feel and I said, That’s amazing, and that’s not good. And I need to be able to take back control of that.

And in time, I became empowered because I then got to a point where I would just, like, let it go, or I would just hit delete and then it’s gone. Because here’s what I noticed that when I would reply something back, that’s the two energies hitting each other and then, for the rest of the day, you’re looking to see what their reply is to your reply, and it’s gone. But meanwhile, I could just hit delete, and it’s gone. Right? It’s really, really, it’s a small thing. But it’s a big thing.

That’s the important stuff, when you’re trying to change habits and behaviours and physiology is to think that–nonlinear relationships–that means that if you do something small on the front end, you get a huge change, on the back end. That you’re, like, how in the world that something so small, makes such a big difference in my life? That’s non linear.

But it also goes the other way, where you can do a lot of big things in the front end, and then you get a really small thing on the back end, that’s the universe telling you that size doesn’t matter. That’s what it’s telling you, is that small little things make huge impacts later. And that’s also one of the reasons why therapies end up failing, in my opinion, because everybody throws the kitchen sink at you in the beginning. And they hit you with 50 different great techniques that they learned, like a sledgehammer, and then the body over here makes no change. And you don’t understand why. That’s because you overwhelm the system.

Where to find Dr Perry

Heavily Meditated is your down-to-earth meditation app for getting high on life. 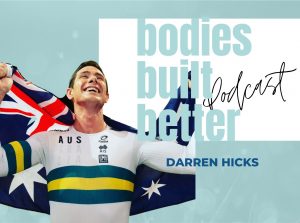 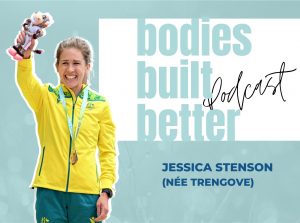 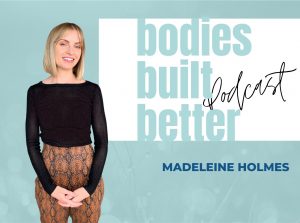