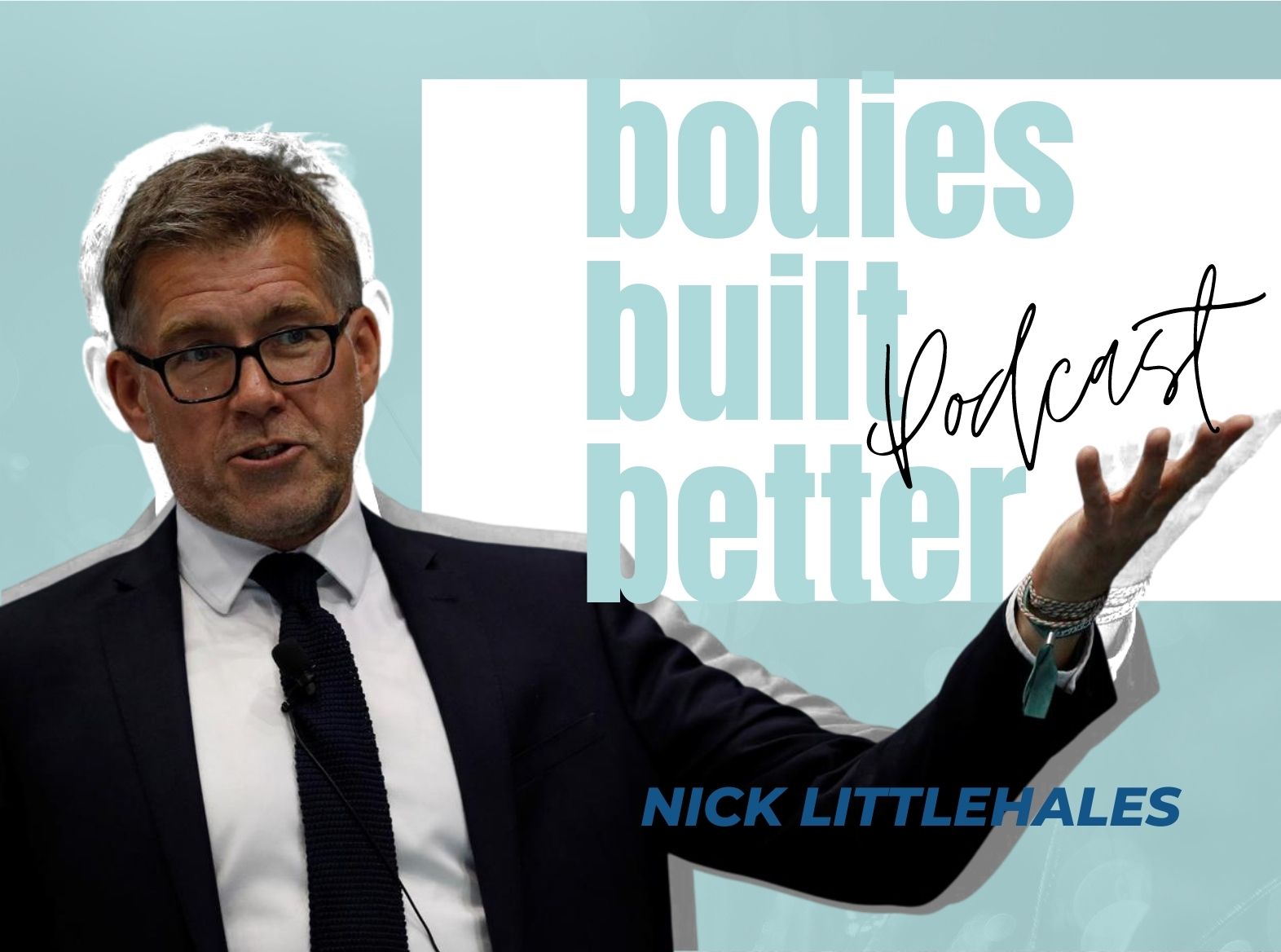 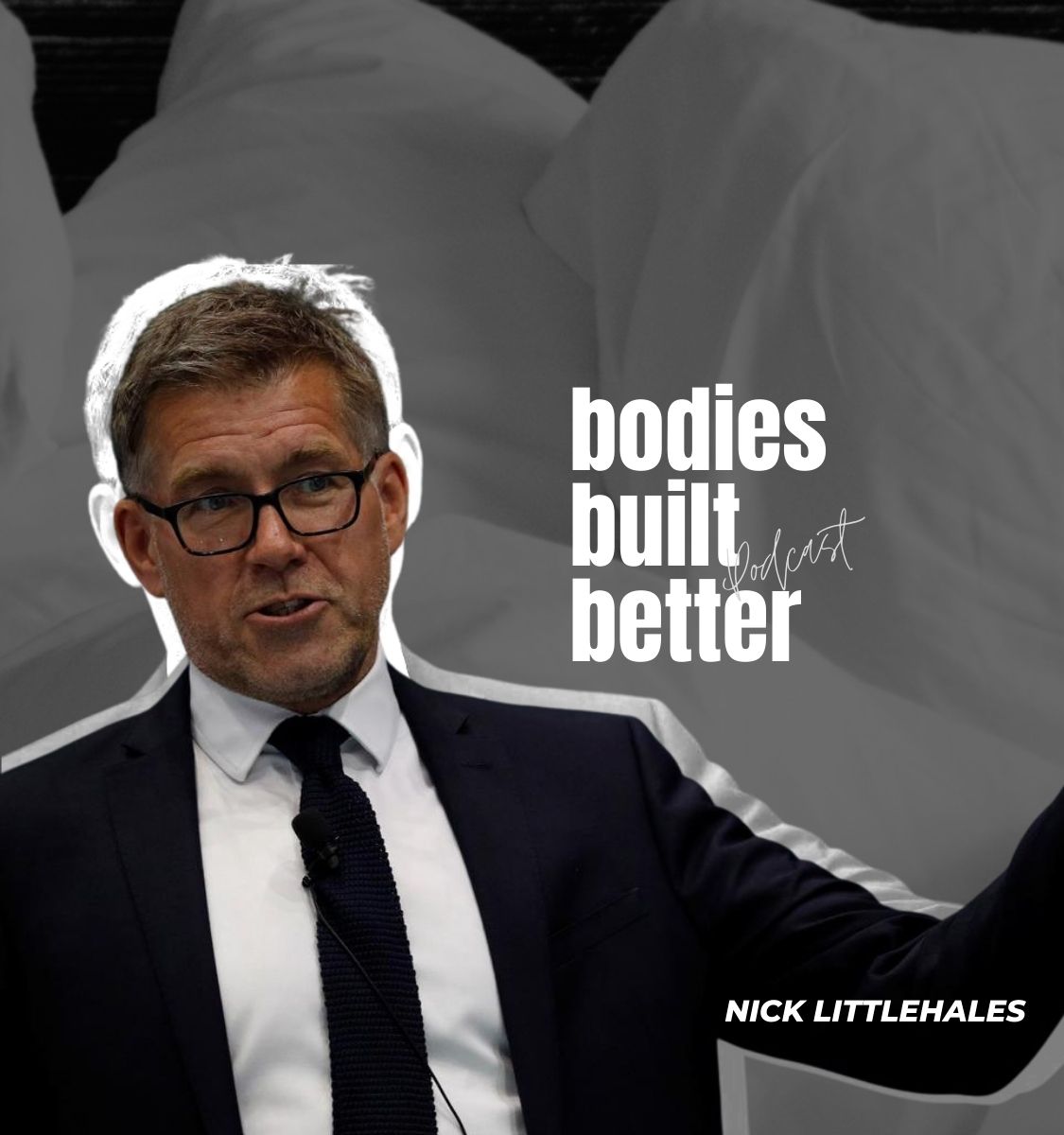 Want to know how elite athletes are managing their recovery and sleep? Well you’ve come to the right episode, because today I chat with elite sport sleep coach, Nick Littlehales. Every month hundreds of elite athletes, players and organisations in world sport around the globe are using the R90 Technique to achieve more sustainable levels of human recovery performance.

Today we take a deep dive into the R90 technique Principles:

Sleeping in Cycles:At the core of Nicks’ technique is breaking every 24 hours into 90 minute cycles, 16 stages and 4 phases. Referred to as a multiphasic activity and recovery approach.

7 Key Sleep Recovery Indicators: The 7 KSRIs are the key techniques that can be adopted to improve sleep, recovery and performance. Based on what Nick has discovered over 35 years of experience.

24/7 Recovery Approach: Recovery is a 24/7 commitment, and through using the daylight hours in addition to your nocturnal approach you will be able to give your mind and body the opportunity to continually reboot while dealing with the demands of modern life.

Nick has changed the way athletes (and people all over the world,) think about sleep. Discover for yourself the sleeping secrets,techniques and practical interventions adopted by elite athletes, players and coaches in world sport.

Jackie 3:08
Nick, thank you so much for chatting with me today. I appreciate your time. We are talking about sleep, and more importantly, sleep for performance. And who better to talk to than the elite sports sleep coach. You’ve worked with the biggest teams in the world, which I’m super pumped to get a bit of an insight to a bit later on. But before we do, I’d love to know a bit about your journey and how you came to be the elite sports sleep coach.

Nick 11:37
Make it up. And then, it’s just been a journey from there to Euro Championships to British Cycling Team Sky, to the front podiums, Premiership football clubs, NBA, NFL in the US, all sorts of sports from netball, to rowing to snowboarding, so it’s right across the piece. And it was around London (Olympics) 2012, when some of the work I was doing, particularly with British Cycling, just raised the question of “Why is British Cycling able to keep breaking world records?” and there’s a little bit of “Well, they must be doing bad things.” But the one thing within their whole system that they’d never looked at before, was their approach to sleep. So it was the conversation piece, because you can talk about bikes and helmets and stuff. So it became a conversation piece. And I think from 2012, to where we are today–nevermind the last few years of the crazy pandemic process–I think what’s happened is, it just became that there was no (sleep) education in school, so parents don’t pass it on to kids. It’s not a performance criteria, you just get up and get on with your day. There’s no sort of definitive way of doing it. Even people who sleep really well can’t tell you how they do it. So I think we were getting away with it, Jackie. We were kind of getting away with it. And as we’ve shifted, and keep shifting, and keep shifting our behaviour, and technology and all that sort of stuff. Suddenly, we reach a point where the human being with a brain and bodily functions, really starts to find that a little more complicated than ever before. So it’s a combination now of performance, to reach the highest levels when you want to reach them, consistent, sustainable recovery, both mentally and physically. But there’s also an element of presenting yourself. Because if you haven’t got a practical and achievable way of revealing, optimising your recovery, in a rolling 24-7 process, what happens is you start to hit barriers. And wherever you are, we’ve got so much access at the end of our fingertips now, which we can access without medical supervision. So there’s lots of stimulants, there’s lots of supplements, there’s lots of technology, there’s lots of things like sleeping tablets you can access without going to the GP or doctor and lots of caffeine products that give you real highs and lows, so I think it’s just we’ve got into that particular place where, yes, it’s sleep, but you kind of want to get rid of the perception of what that means. Because you say “sleep” to somebody and they just go, “Oh, you mean that something that I do at the end of the day?”

Nick 14:59
So whilst I do have an impact on quite a lot of influential organisations around the world, it’s still only scratching the surface. I think we’re on a bit of a journey to try and make this the first health pillar, because we’ve certainly experienced that. If you’re not recovered, you can still crack on with your exercise routines, your diets, all of that sort of stuff that you might apply every day. But all of those things are going to be diminished, if you’re doing it in a sort of fatigued mindset. So what we’ve started to do now is shift to human recovery performance, to try and create the emphasis that this is really important to be able for you to be successful. And it’s not just that random thing that the past generations took for granted.

Where to Find Nick:

You Tube: Tips for better sleep