#47 DR. ERIC COBB – Brain based training to help you get out of pain, perform at your best, and discover your extraordinary potential. 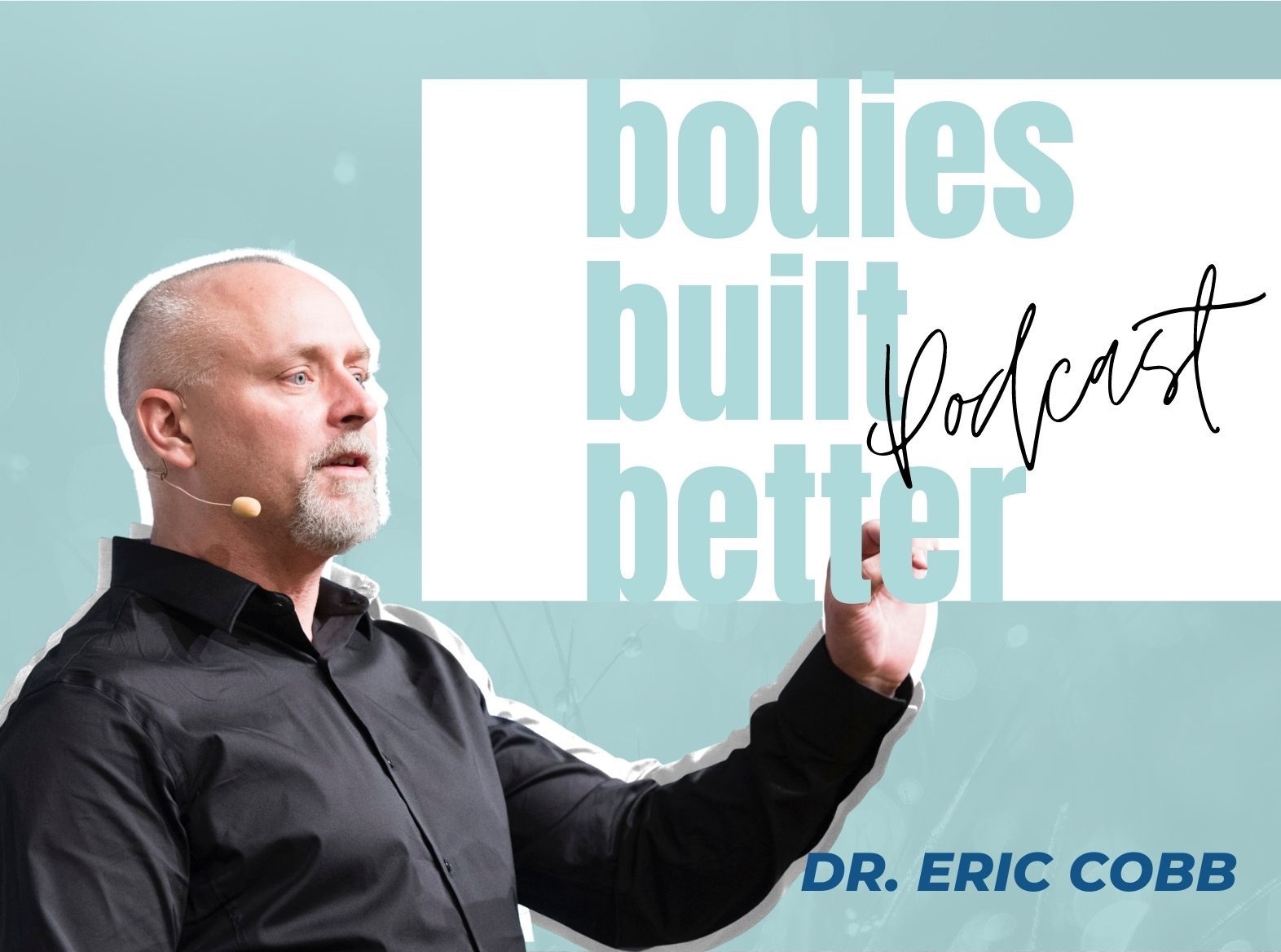 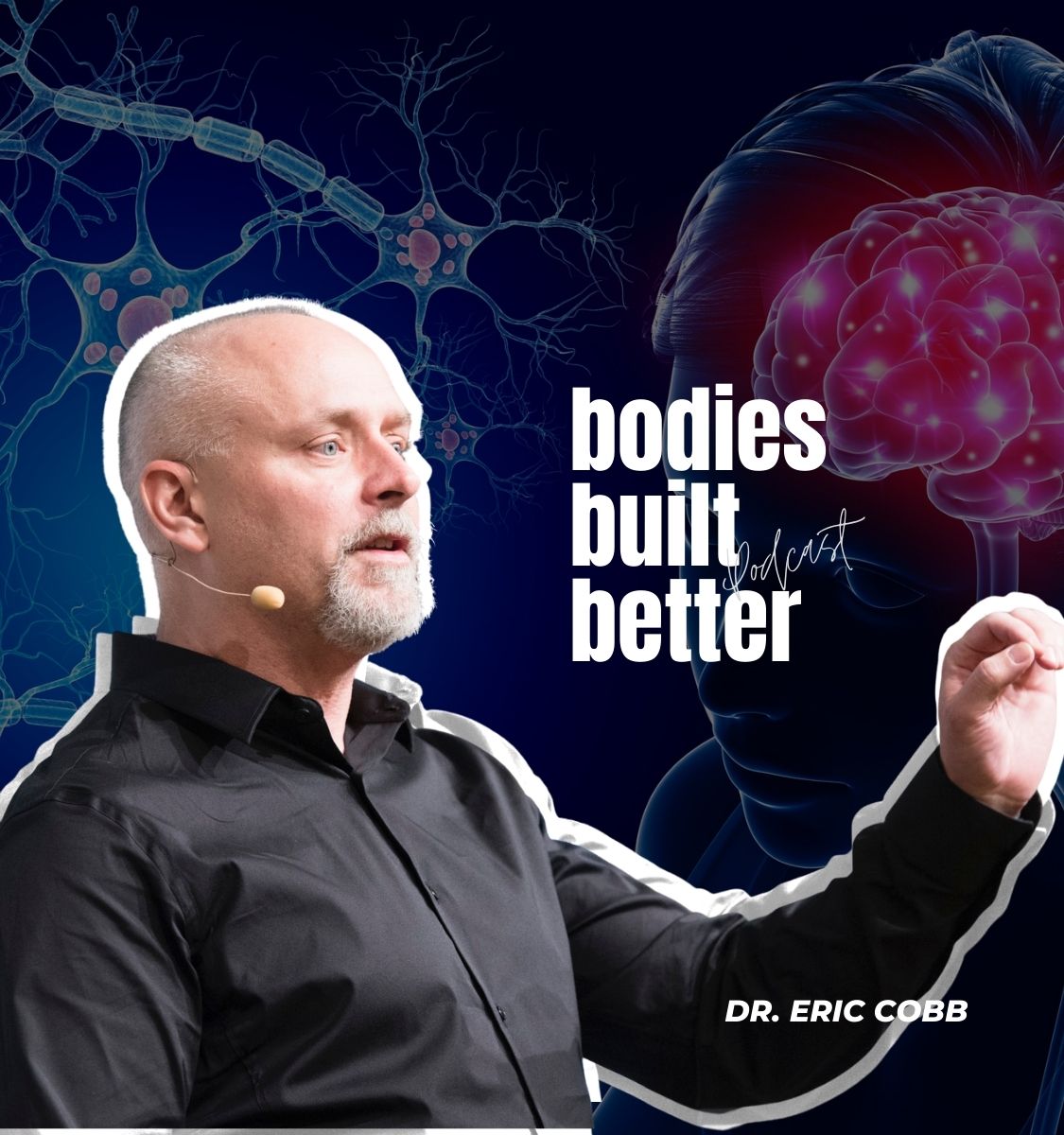 #47 DR. ERIC COBB – Brain based training to help you get out of pain, perform at your best, and discover your extraordinary potential.

If you are not including Neurocentric training in your program, then you are leaving talent on the table. Dr. Eric Cobb is the founder of Z-Health Performance Solutions and is one of the world’s leading experts in harnessing the power of the neurology of movement to create extraordinary change in the human body. We cover everything from learning new movement patterns, to improving skills, to postural compensations and how to correct them, injuries, the visual system, pain perception and so much more!

This episode is jam packed with the basics of what you need to know right now to start implementing a brain based approach to your health, wellbeing and performance.

A huge one not to be missed!

Jackie: 0:58
Dr. Cobb, thank you so much for chatting with me today. I was super excited when I got the email that said you would be able to do this interview. And then I had a slight panic attack. Because I thought I knew so little, like, really nothing about the brain. How do you even, how do you even design an interview with questions about something you know so little about? So that’s my confession. But before we get into the questions that probably require a three-hour lecture three times a week for the next three months, let’s start with you. Your background and where you started and then how you got into working on the brain and the movement and building Z-Health.

Dr. Eric Cobb: 4:40
Okay, I will try to keep this brief. Like, I get asked this in every podcast and interview, so I think my answer is getting shorter, but I’m not sure. So, you know, I’ve been fascinated with movements my entire life. Even as a child I tell people; I had this weird combination of probably good athletic genes and good athletic background, with a lot of health defects as well and a bunch of birth defects. And so I was a good athlete [when] I was young, but I had asthma and all kinds of digestive issues, a lot of pain issues. And so that kind of, I think, drove me into wanting to know more about the body. So when I went to college, I decided to study human biology. And then I realised that I was getting closer and closer to graduation, that I had to have a job. And so I said, Well, I’m going to go the doctor route. And I wasn’t sure if I wanted to do a more allopathic traditional medical degree, or if I wanted to do something more alternative. But because I was so much into movement, I’m also, so I was a high level tennis player, I played high level baseball, high-level tennis, and then I was a martial artist. And so I really knew when I went to school that I wanted to basically look at movement. I wanted to be a movement practitioner, movement specialist. So that led me down the chiropractic route. So I went to chiropractic college. When I graduated, and got out into my first practice, I was stunned by having spent so much time and so much money to have very little idea what I was actually doing. And so I think, like most people who kind of branch off into something specialised, I found myself exceptionally frustrated after three or four years in practice. I tell people I love the hands-on aspect of what I did, but I felt like a big walking aspirin. And it also became very apparent, through multiple interactions with different patients, that there were so many things I didn’t know and so many things that I was missing. The, you know, kind of classic story I tell about this is I had a patient who had chronic neck pain. She came in to see me because I had kind of this weird practice where I did a lot of chronic pain work. And I also had a lot of high level athletes, collegiate and professional. So she came to see me for chronic neck pain. And I was throwing everything I knew at her right at that time. I was doing mobilisation, manipulation. We were doing rehab exercises, facial work, all kinds of PT modalities, ultrasound, etc. And I think I’d seen her five times. She really wasn’t making any progress. I mean, she was nice, which most patients are. And they were like, yeah, you know, I think I feel better. But you watch them move. And you’re like, No, you don’t have to tell me that, you know, tell me the truth. But she was very nice. And so I’d seen her on a Monday, we scheduled for a Friday. And normally after six, usually between three and six visits, if I wasn’t seeing good progress with people, I’d go. “Look, I, either I need to refer you or we need to change something dramatically.” So we were kind of coming up on our review. And so she came in on a Friday, and I saw her in the waiting room and saw her walk in and I was like oh my gosh, something had changed. She was remarkably better. And so she came in and I was very happy. I was like, “Oh, this is awesome.” And then like most young practitioners, I thought, well, all the work we’ve been doing, finally kicked in. Like it, they finally started to work. So I started to explain to her, you know, sometimes it takes a while and she’s like, “No, no, I don’t think that’s what it is.” And I’m like, What are you talking about? She said, “Well, I went to the eye doctor on Wednesday, and I changed my prescription. It was really bad and off. I got my new lenses yesterday and my neck felt great.” And so, I tell people that was a blow to my ego. It was also a huge awakening kind of moment, to think that there was, you know, here I am, a supposedly highly trained neuromusculoskeletal practitioner. And I was missing huge chunks of what encompasses movement. So from those kind of humble beginnings, it really took me on what’s now, whoof I have a birthday coming this week. So 26 years. Since that time, I think I’ve been trying to dive deeply into neurology to understand more about how movement is created, how it shaped how it’s built, neurologically. What can we do to influence that? And that’s kind of all those things that led to developing the Z-Health curriculum as it currently stands.

Jackie: 9:26
That’s phenomenal. And I’m currently going through our phase, and it’s just, it really is blowing my mind, everything that you know you’re teaching and everything that we are capable of, and the brain is just so super fascinating. So, to start off the first question, what do we need to understand about our brain when it comes to movement patterns? As children, and then growing up through the teenage years, and then as adults.

Dr. Cobb: 10:14
There’s a lot that we need to know. But let me, let me start with just some kind of basics. So, I will start this off initially, because I’ll probably–a lot of people who are unfamiliar with neurosciences [which] has evolved over the last really, probably two and a half decades, may not be familiar with the idea of what’s called neuroplasticity. So neuro, brain, or neuronal activity is plastic, it’s bending, meaning that it changes. I still have textbooks in my closet from when I was in school, and anatomy textbooks, neurology textbooks that basically said, the human brain develops until a certain age, usually that age was twenty-five. And then it stops, right, it’s, everything’s kind of fixed, and then it’s just downhill from there to the grave. And we now know that that’s not only in–not only partially incorrect, that’s completely incorrect. So our brains are malleable, they are changeable. And this is one of the, I think, first governing principles that people have to understand. So movement is driven by brain activity. Movement alters brain function, and ultimately alters brain structure if we do it repetitively. So we are in this kind of ongoing constant process of reshaping our brains by what we eat, how we breathe, how we move, how we think, how we use our eyes. And like I said, I think it’s very important for people to understand that that’s, that’s not an occasional thing. When neuroplasticity became common, at least a common term to be used in the industry, it was used around injury. So let’s say you had a traumatic brain injury, you had a stroke, well, they would say now, plasticity will kick in as you start to rewire and use different areas of the brain to do different things. Once again, incorrect, if that is true, but we are all experiencing plastic change over time. And like I said, that’s very much driven by the choices that we make, and by the way that we interact with the world. So that’s number one is that the brain is malleable. Number two, regardless of the age, we need to understand that they’re kind of general systems principles that go into movement, right. So whenever we talk about movement, in a very broad kind of, you know, 30,000 foot overview, we’ll talk about major systems, so your eyes, your visual system, your inner ear, or vestibular system, and then basically our somatosensory/proprioceptive systems so big whenever we look at movement in a real environment. Normally, sighted people primarily use their eyes to move through that environment safely, right, that gives them the most information. What we fail to often take into consideration is that our eyes work intimately with our vestibular system, which is our inner ear, which keeps us upright. So, deficits in the visual system, deficits in the vestibular system, deficits in both will all eventually echo into our musculoskeletal system. So whenever we’re talking about movement, I, you know, what we’re, been trying to get across in this industry for the last two decades, is that movement is a sensorimotor activity. It’s not a motor activity, right? We tend to think of movement as, “hey, I’m moving something,” but it’s sensory. Can I feel what’s in my hand? Can I feel my body? Can I see what’s occurring? Can I understand my relationship to gravity? So while all that sounds kind of complicated, it’s once you understand each of the systems, it’s not that hard, you start to recognise that we have to as movement professionals, at least we have to evaluate the visual system, evaluate the vestibular system, look at the proprioceptive system, then we have to look at the brain areas to say, “Hey, do the eyes and inner ear, do they say the same thing? And is the brain understanding that?” So like I said, for me, I think understanding that we’re plastic, and that there are multiple systems involved in movement beyond muscles, tendons, ligaments, fascia, and peripheral nerves, I think is a great starting point for almost everybody.

Jackie: Yeah, for sure. And it’s empowering as well. Because it’s, it’s almost like, well, my skills or my movement now is not, it’s not a life sentence. We can change, we can get better, and conversely get worse if we don’t use our bodies as well.

Dr. Cobb: Right. So one of our common sayings is that everything’s a skill, right?

Where to find Dr Cobb and Z Health: