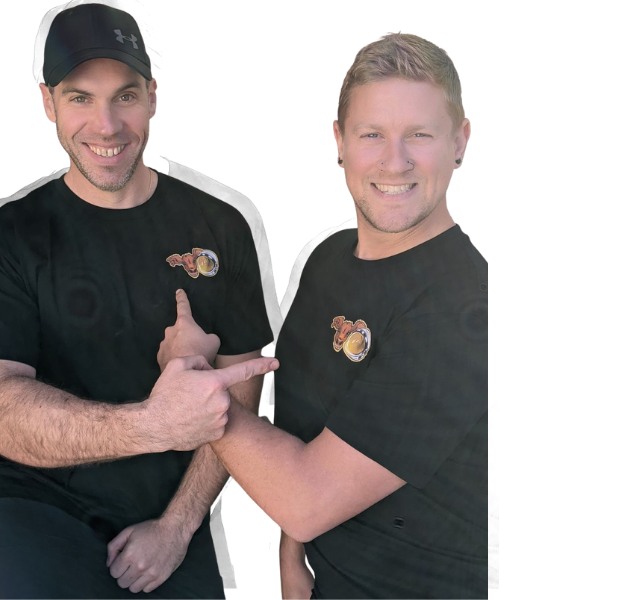 #39. JOSH SMITH & ADAM MURPHY – The holistic approach every athlete should take and why you need a different mentality when training females. 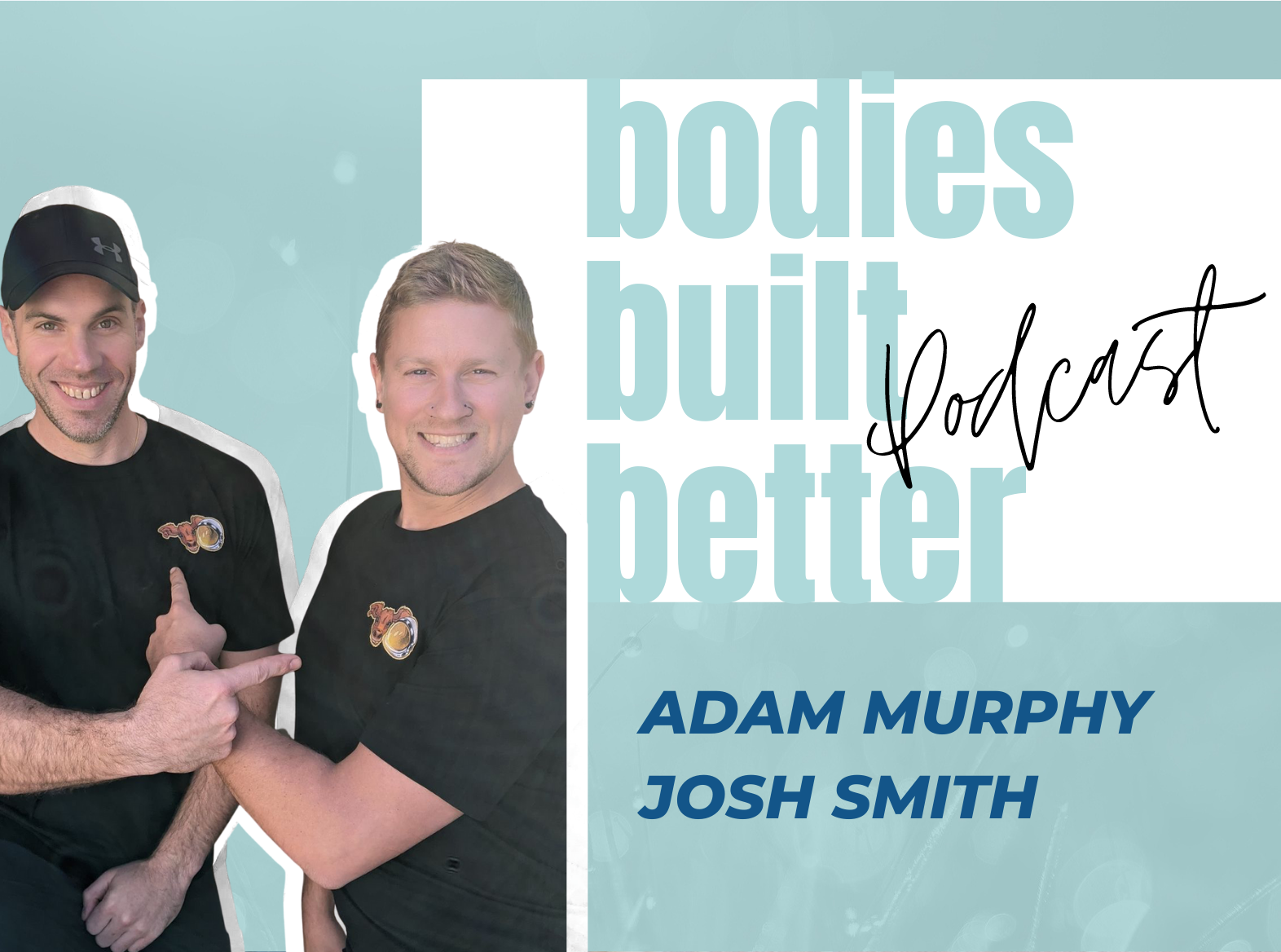 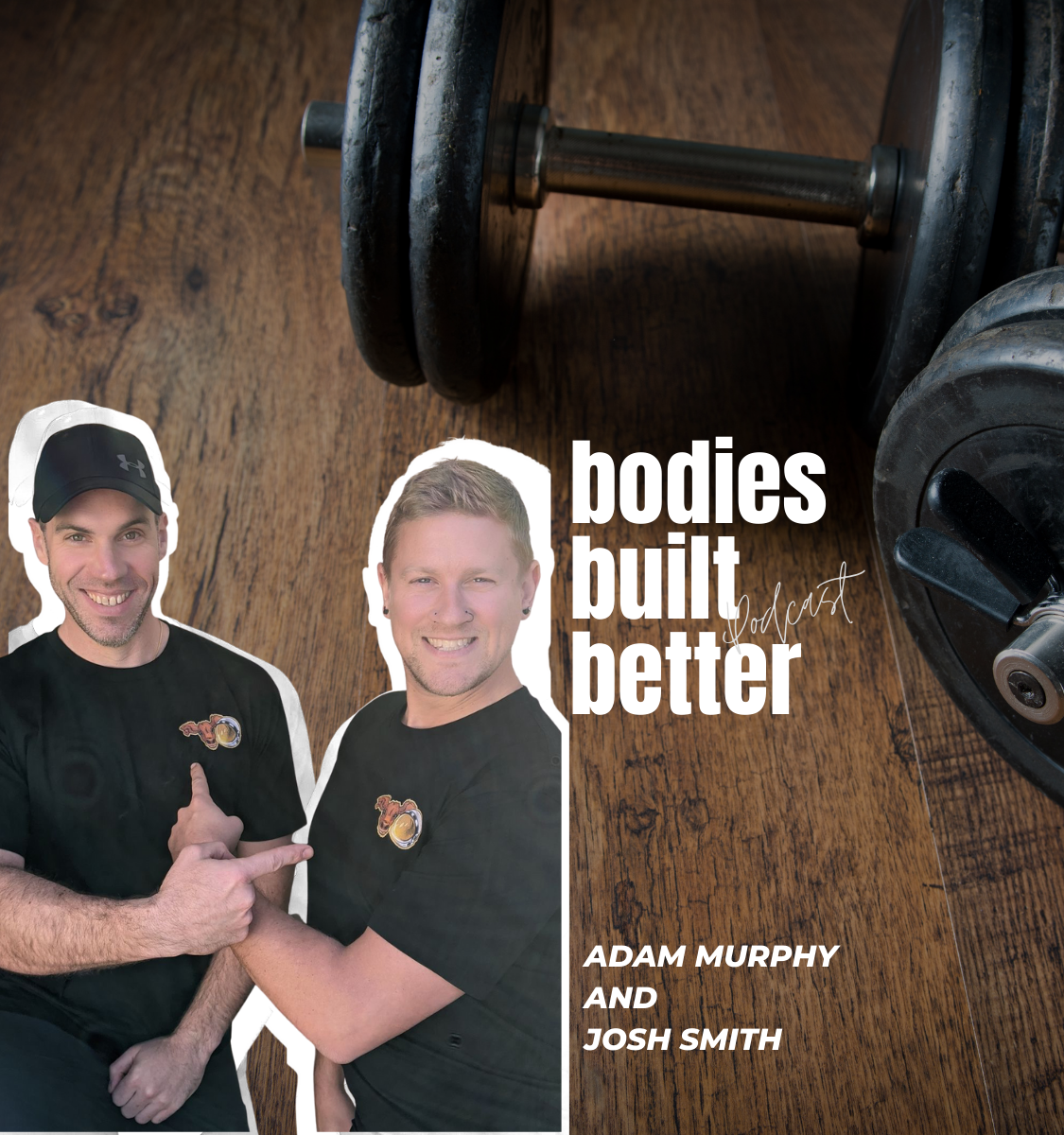 #39. JOSH SMITH & ADAM MURPHY – The holistic approach every athlete should take and why you need a different mentality when training females.

We also take a deep dive into what it means to train female athletes to optimise performance, the differences between training males and females and the important conversations and education that needs to be had by health professionals in the industry.

Jackie 0:10
Enjoy this episode with Josh and Murph.
Josh and Murph, thank you so much for joining me on the show today. Really pumped to finally have you on the show. It’s taken a little while but you’re both here. So you guys are both strength and conditioning coaches. But I actually got to know you via your podcast, The Murph & Mitise Show, which I really love. And I have to say I love your recent, well, the recent episode. Now I don’t know if you’ve released another one. But it was the ‘Girls Aren’t Guys’ episode, which I really loved. Yeah, I encourage others to listen to that one. But not before you listen to this episode. We’ll get into a bit of that later. But before we do, I’d love a little bit of background on you guys. For those who don’t know, you. You know, how did you get into strength and conditioning? Who have you worked with and who are you currently working with and your roles now?

Adam Murphy 3:42
Okay, so this is Murph speaking. We can’t do name tags. So let’s do voice tag.

Adam Murphy 3:53
I’m the more bassy of the two. So I get to make my story simple and short. I used to be fat, and I got thin and then I became a trainer. Basically. That’s essentially what happened. Yeah, I was overweight at school and lost all the weight through my training. I thought I’m going to become a coach now. So I really did. But the reason, how I got to where I am today was basically I was stuck in a lot of ways in where I wanted to go with my career, trying a lot of different things and then decided, you know what, I’ve got to follow what I absolutely love, mash two things together, which is basketball, or sport in general, but mainly basketball and the strength conditioning world. So I became a basketball strength conditioning coach. And from there, things escalated pretty quickly. Thankfully, I put myself in the right positions at the right time and made it into the NBA or professional basketball. And that’s pretty much I just spent four years in the NBA oh and they are more in the private sector. Still focusing on basketball mainly, but I’m dealing with athletes every day the way they can. Yeah, it’s fantastic. I did get a new role. We haven’t really announced that yet. I recently started working with the South Australian National Basketballs, so the ones that are not nationally identified athletes. So I started working with those guys and girls, here in SA, which has been pretty cool.

Adam Murphy 05:42
I started last week. I’m in my second week now. I’m just getting things organised. I haven’t really had a strength coach before. So sort of laying down the groundwork in getting them to know what I do and the structure I’m going to put in place. And it’s a bit of a challenge already, because they just had nothing like it. So they’re all very What’s going on? What is all this, but it’s a good challenge for me, and I’m enjoying it so far.

Josh Smith 06:12
I was thinking about my elevated pitch. Yeah, I was. I was really smart in school. And I went to university early. And I did engineering, and I didn’t like engineering, as I got out of engineering and decided I would do something I liked, which was sport. That’s my pitch here. So I am a deferred engineer in 2007, 2006. And I’m still not back yet, not going to go back. I mean, I canceled my subscription to the university. So now it’s almost like I left engineering in the third term. And then I got into postal training and decided I could fit that in with engineering, if I want to go back to the university. Did that go into a gym? Luckily, I was very fortunate to get into the gym in the city that had a very strong education focus at that time. And then from that, I had a thirst for knowledge to know as much as I could and be the best I can be in that role. And so that then took me through for the next five years, I guess, of just learning and applying principles from, you know, educational sources, I would say and study whatnot that allowed me to start to see things a bit different with the body. And then got to a point where I was, like, cool. Well, everything that I’ve learned in the last couple of years, I want to apply more of a high performance world, you know, and can this be applied in your sport setting or to you know, rehab setting what what can that be, and then basically just kept going from there and people will refer clients out to me until I got a referral from a, one of my one of my friends was a physio, and he was looking after payment time and said, you know, got this player from from this league coming back from Melbourne, was going to work with it. I said, Yeah, cool. And that then led to another player. And then that basically just steamrolled from there following the sort of sport path and whatnot. And once I got into that I realised that there’s a big, gaping hole in high performance for females at that point, and that’s when I start to really focus on SSC, still doing private sector, I like private clients, but then found to focus on like team sports and development and what what principles can we apply and how can we help push that to the level where it should be?

Jackie 08:53
When did you start working with the team?

Josh Smith 08:56
Teams would have been. I finished 2007. My first team was in 2011. So maybe 2012 or 2013, around there. And then started doing teams from then, you know, like division teams, women’s teams decide to do MPL teams, probably around 2014 I think the MPL being you know the top league for women here before you get into W league for soccer. And then from that it just kind of steamrolled snowballed into the football. Field sports. Yeah, some would have been around in 2014-2015.

Jackie 09:35
Awesome. So collectively, a lot of experience between the two of you. Cool. So I have Well, I’ve worked with a lot of runners and triathletes in the past and then it sort of went into a lot of different athletes coming to see me. Do you guys believe that there’s basic strength foundations that every athlete should have? What does that look like?

Adam Murphy 10:09
Yes, I’d say that, to keep it in the very bottom level would be strength. That’s like every athlete needs to be strong. And obviously, then it becomes very individualised, what needs to be strong in regards to the individual themselves as human beings and the sport they’re playing. And then in the position they’re playing in if it’s a team sport, or the event they’re competing in, whether it’s track or field, and what kind of track and what kind of field? So it’s a very convoluted answer. But I think the most bottom level is they need to be strong. Because it builds a more robust athlete, it supports joints, it improves tendon, ligament strength, all that sort of stuff, but and then from the, like, foundational strength, then you start to individualise a programme a lot more according to all the other variables. additions.

Adam Murphy is a Strength and Conditioning Coach in the National Basketball League (NBL) for the Adelaide 36ers, in Australia.

Adam’s experience includes working in the NBL as the Director of High Performance since 2016, Private Strength and Conditioning Coach to Australian Boomers players, such as Mitch Creek, Nathan Sobey, Matthew Hodgson and more.

His studies include Bachelor of Exercise Science Majoring in Sports Science at Flinders University. Adam studied under Paul Check from the CHEK Institute and Charles Poliquin the Strength Sensei.

Josh founded Mitise Health & Fitness in 2009 and it’s athletic development arm in 2014, focusing on high performance programs for female athletes. Since then, Josh has overseen programs for more than two hundred players from twenty teams, including State and W-League soccer, SANLW teams West Adelaide and the Woodville West Torrens Eagles and the Australian national women’s soccer team the Matildas.

You Tube: Murph and Mitise Show