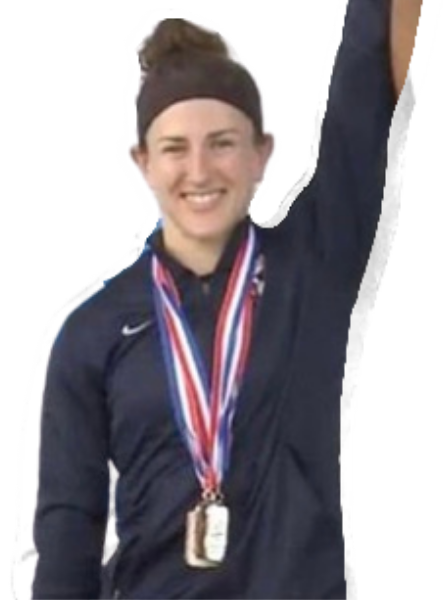 #34. CAITLIN HOGAN – How to condition yourself to improve performance and get out of pain 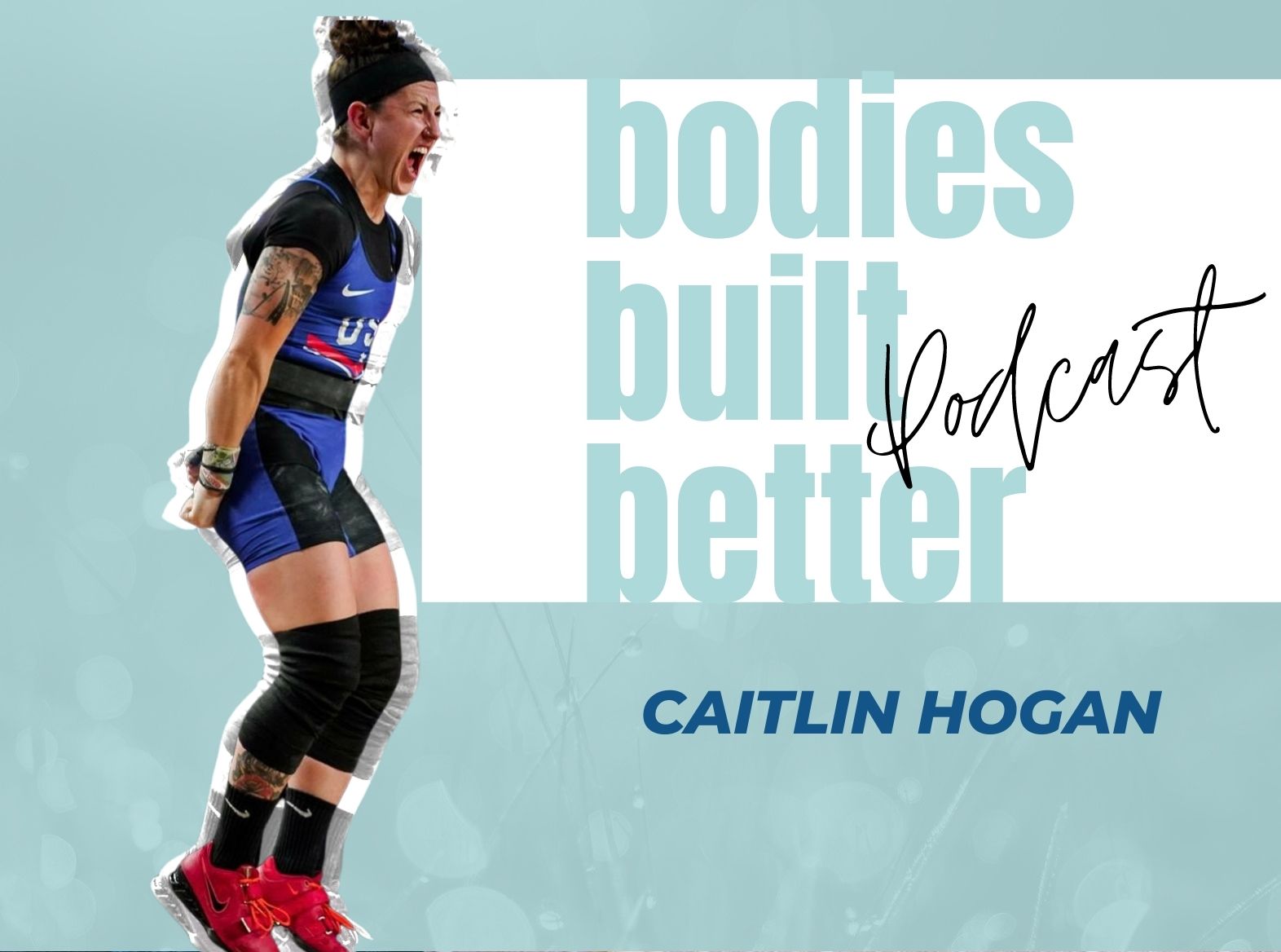 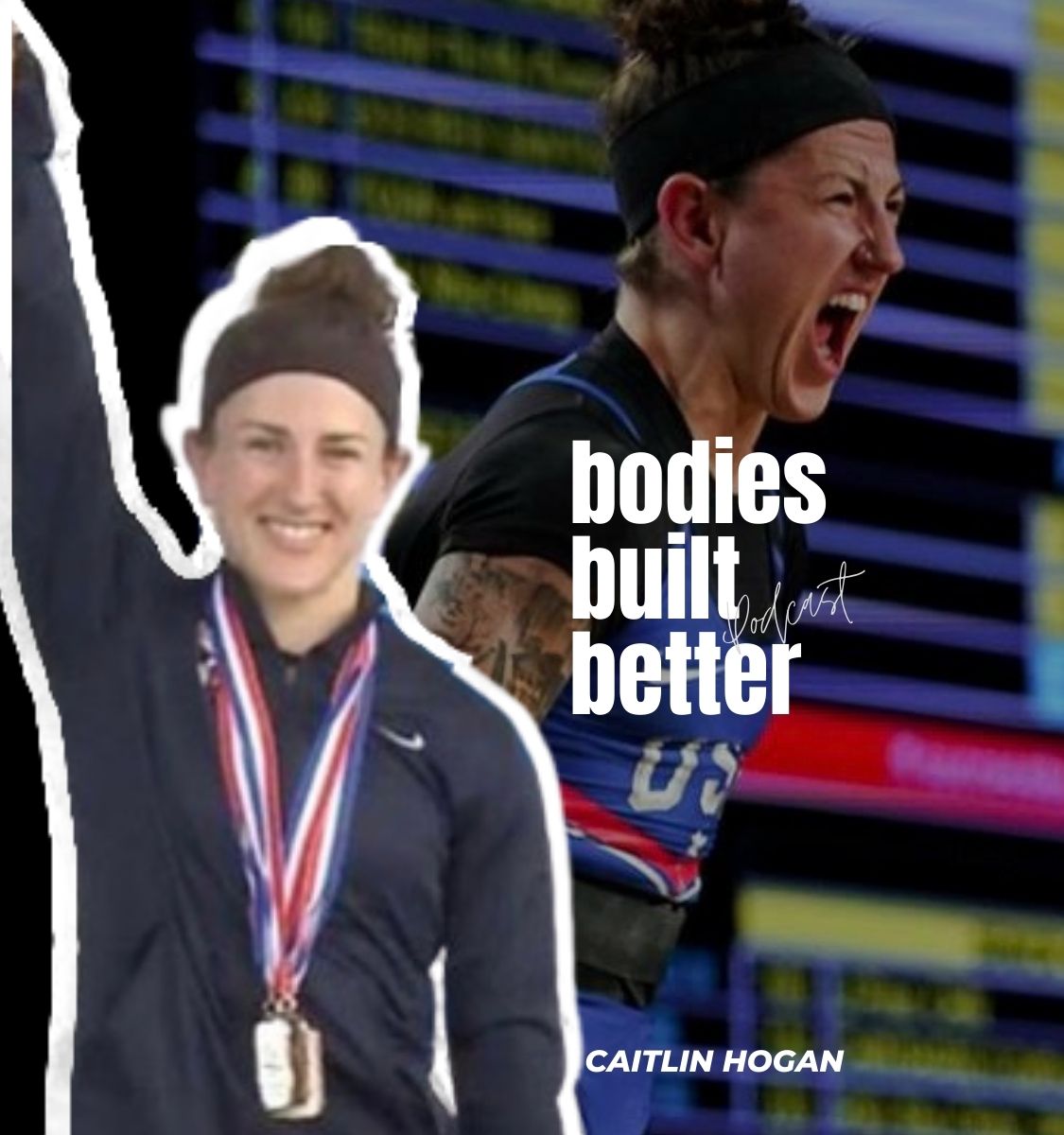 #34. CAITLIN HOGAN – How to condition yourself to improve performance and get out of pain

Learn how to get out of pain and improve your performance with Caitlin Hogan. Caitlin is a 3 x national weight lifting champion and 2 x Pan Am Silver Medalist. Her love for sport, human movement and sports performance has her helping others build bullet proof foundations through the evidence based system of FRC and Kinstretch. Caitlin has a special skill of making the confusing and intricate sound easy and applicable. We talk about what Kinstretch is, why it’s so good and why we ALL need to start practicing today.

Jackie 0:11
Hey, this is Jackie Tann and welcome to the body’s built better podcast. On the show, I chat with experts, athletes, coaches, and ordinary people doing extraordinary things. We explore the body’s incredible ability to heal, adapt, and evolve so you could crush limitations, reconnect your body in mind, and discover your extraordinary potential.

Jackie 0:43
Today on the show, I chatted with three time national weightlifting champion and two time pen and silver medalist, gym owner and kin stretch instructor, Caitlin Hogan. When she’s not training to compete, Caitlin is educating her clients on how to build strong, robust joints, so they can move and lift with ease. I followed her for a while now and have participated in her classes virtually. And she is an absolute master in explaining what you’re doing, why you need to do it and what you’ll be able to do if you practice consistently. If you don’t know what kin stretch is, I’m so pumped to bring this episode to because this method will change your life. It’s changed mine, no joke. I was having hip issues. I had a clicking hip. That’s not the technical term, I’m sure. But every time I would leave my knee into hip flexion it would click and it was irritating. And after doing the kin stretch hip class with Caitlyn after the first session, it went away. It was unbelievable. It’s just the best thing you’ll ever do. I don’t say that lightly speaking from experience, but I won’t take any more of your time. Check out this episode with Caitlyn Hogan. Caitlin, thank you so much for chatting with me today. I appreciate it so much. I’ve been really excited to talk about all things in stretch. I feel like it hasn’t taken off here in Australia yet. So I’m keen to get some feedback on listeners as well and see what they think about this but super pumped. First time I saw your Instagram account and like, have to get her on the show.

Jackie 2:33
I’m so happy to be here. Oh, you have this incredible ability to just break down what we’re doing and why we’re doing it. And it’s so important for anyone who moves. At least to be doing it, I think. Yes, absolutely. Yeah. So super pumped. But before we get into all the king’s stretch, good stuff. Give us a bit of background on you and your athletic career because I know you’ve done some pretty awesome stuff.

Caitlin 2:59
Yeah, I’ve lived quite a few lifetimes through fitness and sports. I’ve always been a mover. I started walking at eight months old. I started ice skating at two years old. So I’ve always been active and physical and moving. And it’s interesting because I’m the youngest of four children. And I’m the only one that plays sports. And I was the only one that was active and my dad was so happy when I started playing sports and asked if I could play sports. He’s like, Yes, finally.

Caitlin 3:32
But through my time growing up, I played my biggest passion was ice hockey. But I played baseball, I played fastpitch, I played American football, I played regular football. I played volleyball, I did everything under the sun just because I love to compete. And I love to move and learn so many different intricacies behind movement in sports. And I went to university on a scholarship for ice hockey. So I played four years in a hockey dominant school and ice hockey dominant school. So we were kind of looked up to among all of the other students, which is kind of fun. But I was always interested in just being as good as I could at every single thing. So it was as if it was the offseason, I was in the weight room training because I knew that was how I could get stronger and faster and better. And I kind of found a love for strength and strength and conditioning that way I’m five foot one. So I’m not the largest of people. So I knew I had to make up for that in strength and speed and stamina. So that’s what I focused on. But through that I really learned to appreciate how the body moves and anatomy and biomechanics structures and as I was learning about all that stuff, I was getting my undergrad in business. So it was completely different than where my passion was kind of leading me in pulling me towards. But after I graduated, my last year in college, I was on the USA women’s ice hockey team, I travelled to Vancouver in 2010 with them for the Olympics. And I was one of the last two people cut. So I was let go from the team. Um, we had to make the final two cuts. And one of their biggest reasons was because of my height, and it’s not anything that you can improve on. So it wasn’t speed, it wasn’t intelligence in the sport, it was just a big slam to my heart and my passion.

Jackie 5:39
What do you need hot hockey for?

Caitlin 5:41
So read? The better, right? Yeah, and especially women’s like women’s, you don’t hit you, there’s no checking. So, um, I didn’t think it was a big deal either, was one of the stronger ones on the team in regards to lifting. But it was what it was, I was very heartbroken. But I got sent back to my college team. And I was able to finish that year with their team and ended up leaving the school and points in their entire history of the hockey programme. So I left a good legacy. And it kind of didn’t put a sour taste in my note, but I was like, you know, I think I think I’m good. I don’t really want to keep playing and I packed up my car and moved to California. So that was like, let’s leave that kind of behind me. Yeah, and start something different. And upon that move, that’s it was in 2010. I found CrossFit and was like, This is great. This is something that keeps me fit. I’m staying healthy, it’s an hour long. And I get to help people because I wanted to coach right away. So I was coaching CrossFit doing the workouts and then I would go to my normal scheduled job in marketing. So I found a job doing that and was loving it for a few years. And then I was laid off from my company. So there’s all these little things that were just kind of like pulling me back to bring me into a different world. Exactly.

Jackie 7:13
Yeah, it’s almost like it was pushing you into the right path.

Caitlin 7:17
Exactly. Yes, yes. And you never realised that at the time. But the more it happens to you, you end up just being like, you know what this is? This is a time where you pivot your life and you figure it out. Um, so then I started coaching CrossFit full time. And I competed at regionals in 2014 and 2015. So I competed a little bit in CrossFit as an individual. And in 2015, I was training and I was like, I really like Olympic lifting. I love it. I’ve never had anyone help me with it. I learned it when I was 14 years old when I was training for ice hockey. So I was like, maybe I should get somebody that helped me. Maybe I can get better at this. And as soon as I went to what was now my first coach, in Olympic lifting, he was like, why are you cross fitting like, you’re 55 kilos. And you’re lifting like, I would think I was snatching maybe 75. And like 96 at that time, cleaning jerky, 96 kilos. And he was like, those are like, national level numbers like, and so I was I didn’t realise it wanted to finish my CrossFit year. So I finished and then I started training and Olympic lifting just for fun. I won nationals that year, I went to the 2016 Olympic trials that year. didn’t make it but it was again, just another little pivot point in my life. And it led me to something different. Um, but throughout that entire time I’ve been coaching since I was 16 years old. And my parents are both educators, they’re both teachers. And I’ve always instilled in me this passion of, if you have a talent or a passion for something, it’s your duty to teach that to others. And I think that is such a strong message. In regards to when you learn something, it’s not best to keep it to yourself, like teach other people and then they can teach others and it just brings people together. And so that’s how I’ve always kind of lived my life and every little thing that I’ve learned with sports with fitness with just life in general nutrition, everything. I’m constantly just trying to teach and that whole path has led me to opening my own gym in 2015. It’s been open since January of 2020. We exactly we

Jackie 9:55
as a collective

Caitlin 9:58
we opened the second law to a much larger location or original location was 2200 square feet, we opened a 10,000 square foot facility. And then COVID hit. It was actually me taking over in the existing CrossFit gym. So I had maybe 50 clients from their existing gym that I had already built a relationship with, I kind of worked my way and then started coaching and gaining some respect and gaining some friendships there as well. And as soon as COVID hit, I was like, This is bad. But this will be the best thing to build these two communities and kind of grow them together. So we went online, just like everybody did. We everybody was jumping in on the online workouts, we kept our coaches employed. Everything was great. We have a bigger parking lot in this larger facility. So we were doing outdoor workouts once we were allowed. And then in August of 2020, our original location had a fire in the existing building. Wow.

25% off code to Caitlin’s Kinstretch Series

Where to find Caitlin:

Get in touch with me: